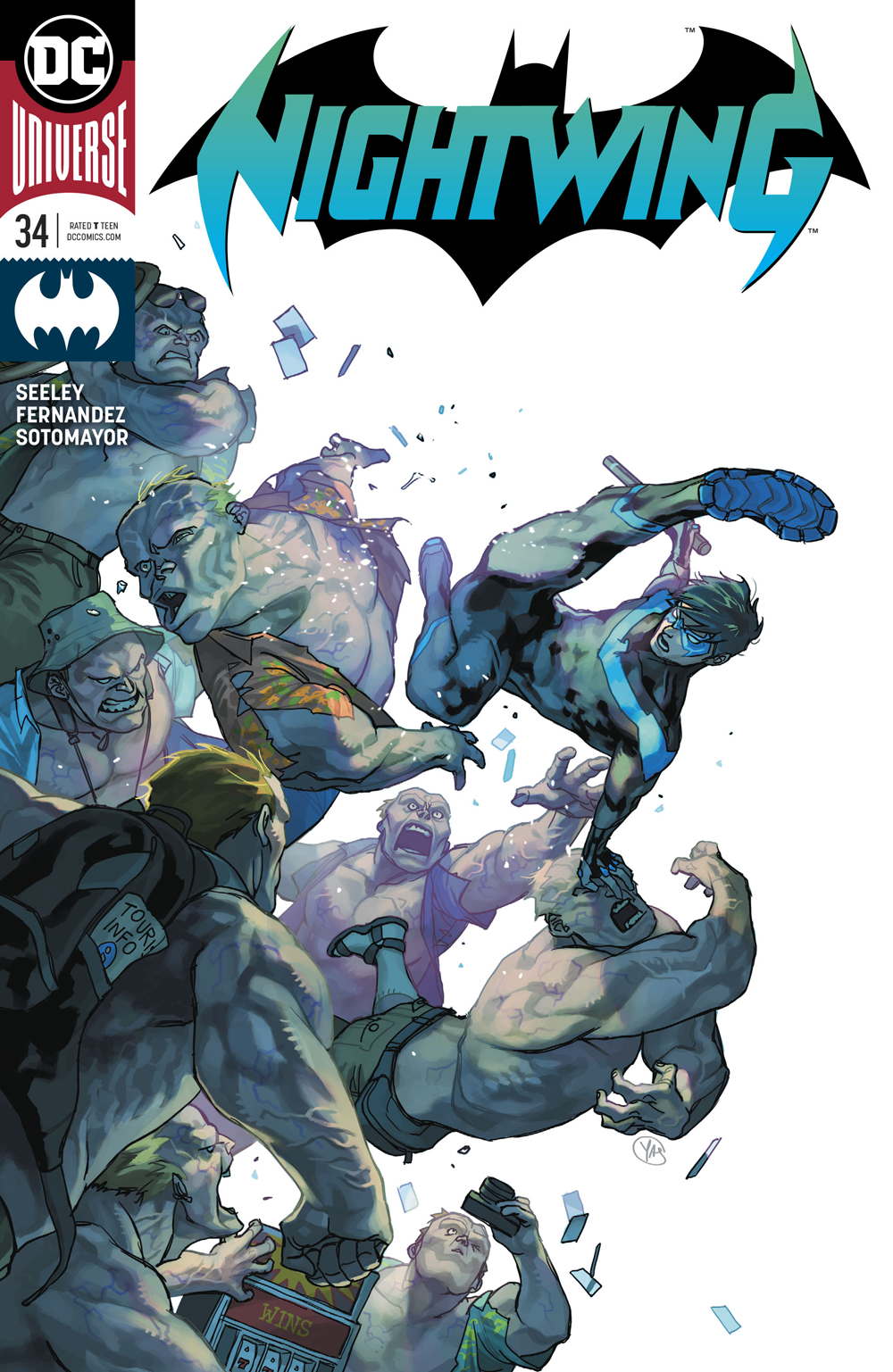 OCT170295
(W) Tim Seeley (A) Javi Fernandez (CA) Yasmin Putri
"RAPTOR'S REVENGE" finale! With Nightwing injured, Raptor attempts to turn the citizens of Blüdhaven into monsters. It will take everything Nightwing has to stop Raptor. Will his rocky alliance with Blockbuster stand long enough to take down Raptor, or will Nightwing be forced to take down his two greatest foes alone?
RATED T
In Shops: Dec 06, 2017
SRP: $2.99
View All Items In This Series