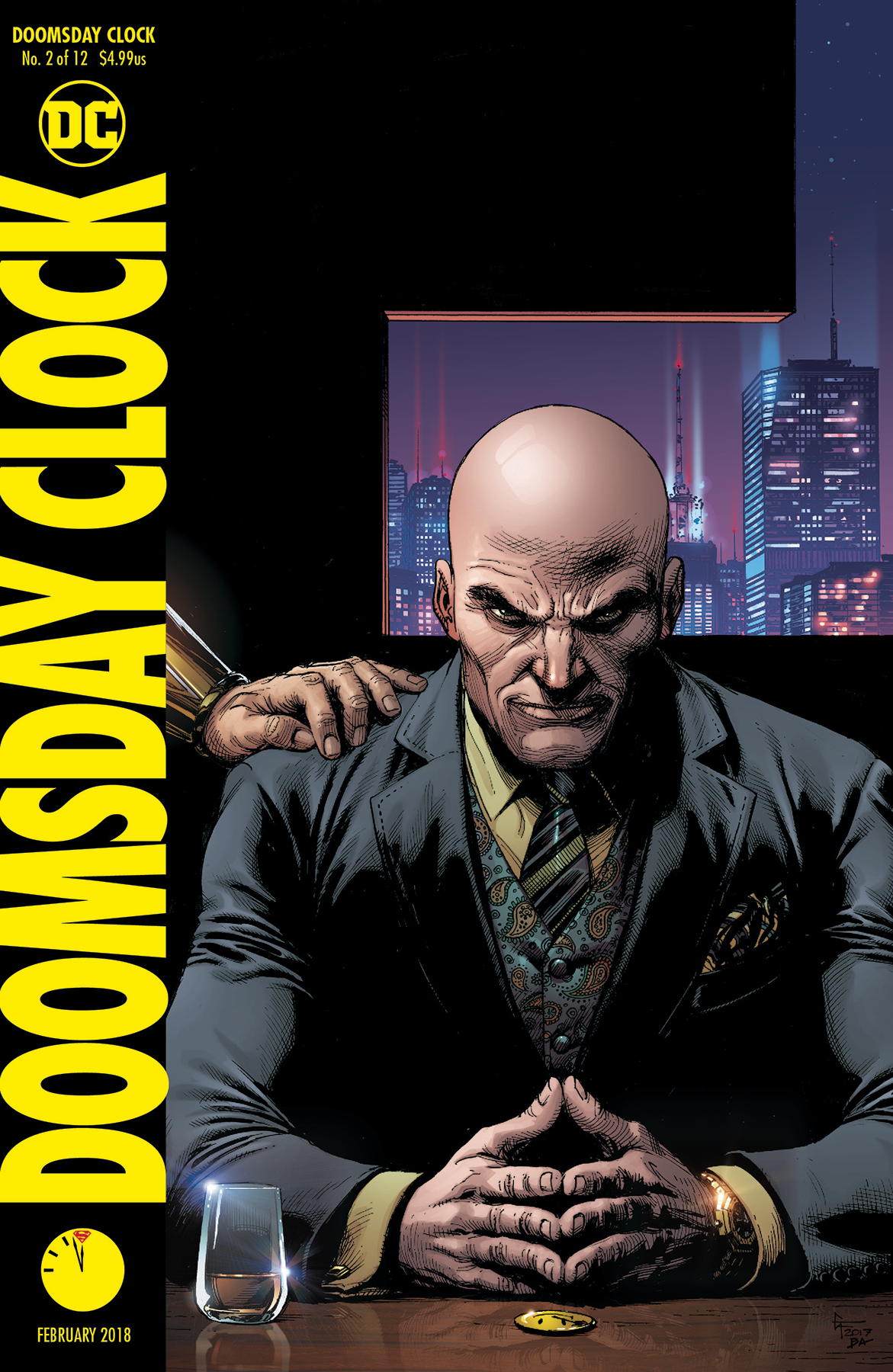 OCT170205
(W) Geoff Johns (A/CA) Gary Frank
DC and Watchmen characters collide at last! The story that began in DC UNIVERSE: REBIRTH #1 comes to a thrilling and unexpected crescendo in the pages of this titanic twelve-issue series by the all-star team that brought you BATMAN: EARTH ONE and SHAZAM!
In this second chapter: The Dark Knight discovers another relic from the Watchmen world. Lex Luthor pays a devil's bargain. And killer clowns trek through Gotham seeking a madman.
RATED T+
In Shops: Dec 27, 2017
SRP: $4.99
View All Items In This Series
ORDER SUBSCRIBE WISH LIST