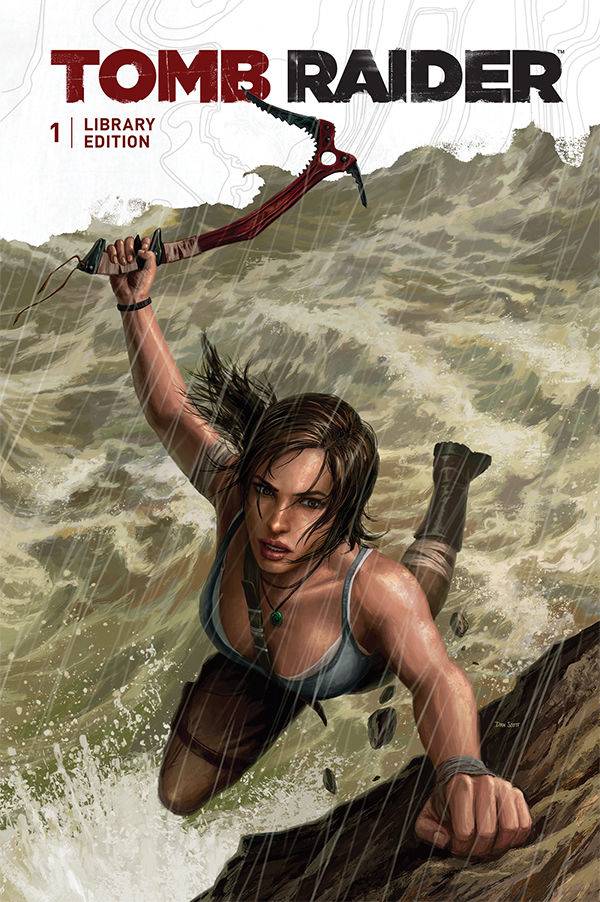 #
OCT170085
(W) Gail Simone, Rhianna Pratchett (A) Nicolas Daniel Selma, Andrea Mutti, Juan Gedeon, Pierluigi Baldassini, Derlis Santacruz, Andy Owens (CA) Dan Scott
Lara Croft is trying to piece her ordinary life back together after her ordeal in the Lost Kingdom of Yamatai. The other survivors of the Endurance are experiencing horrific visions as they try to put what happened behind them. Follow Lara's story after the 2013 Tomb Raider game as she embarks on a new globetrotting adventure, discovering a dangerous organization that's threatening her friends. Can she figure out what's going on in time to save a life?
This deluxe hardcover collects issues #1-#18 of the 2014 Dark Horse Tomb Raider series, and the never-before-collected prequel story Tomb Raider: the Beginning.
In Shops: Feb 28, 2018
SRP: $49.99
View All Items In This Series