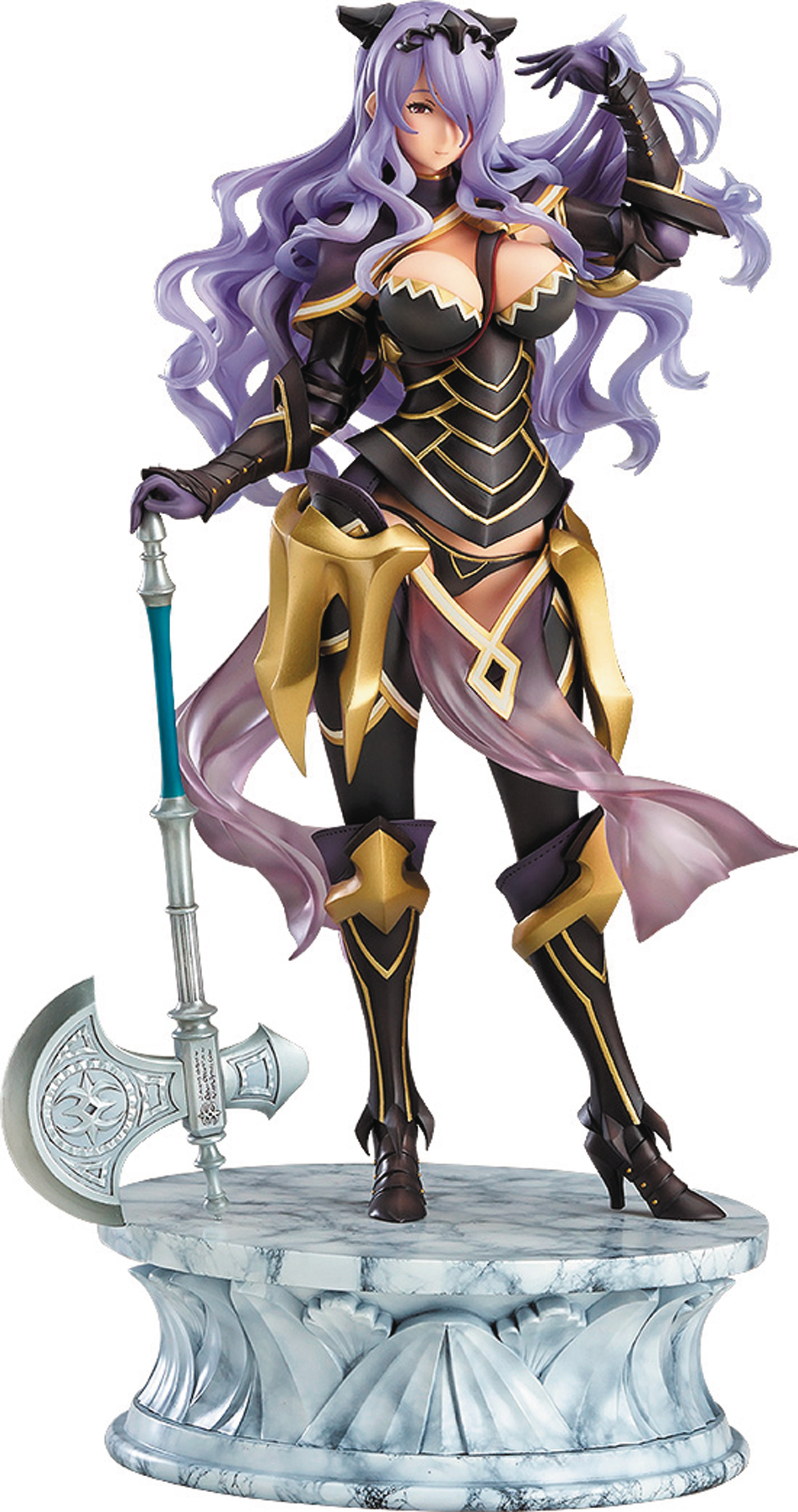 OCT168705
From Intelligent Systems. From the popular game Fire Emblem Fates comes a 1/7-scale figure of the beautiful princess of the Kingdom of Nohr, Camilla! The figure captures Camilla's persona with a noble, elegant appearance that still shows off her sexy side, with her hair making use of translucent parts to preserve its unique appearance. The Silver Axe she has by her side has been based on the original designs from the game, and she comes complete with a special base made in the image of a marble pillar that brings out the atmosphere of the series. This figure has been closely supervised by the game's development team from the initial planning stages to the final paintwork to make it the ultimate official figure of Camilla!