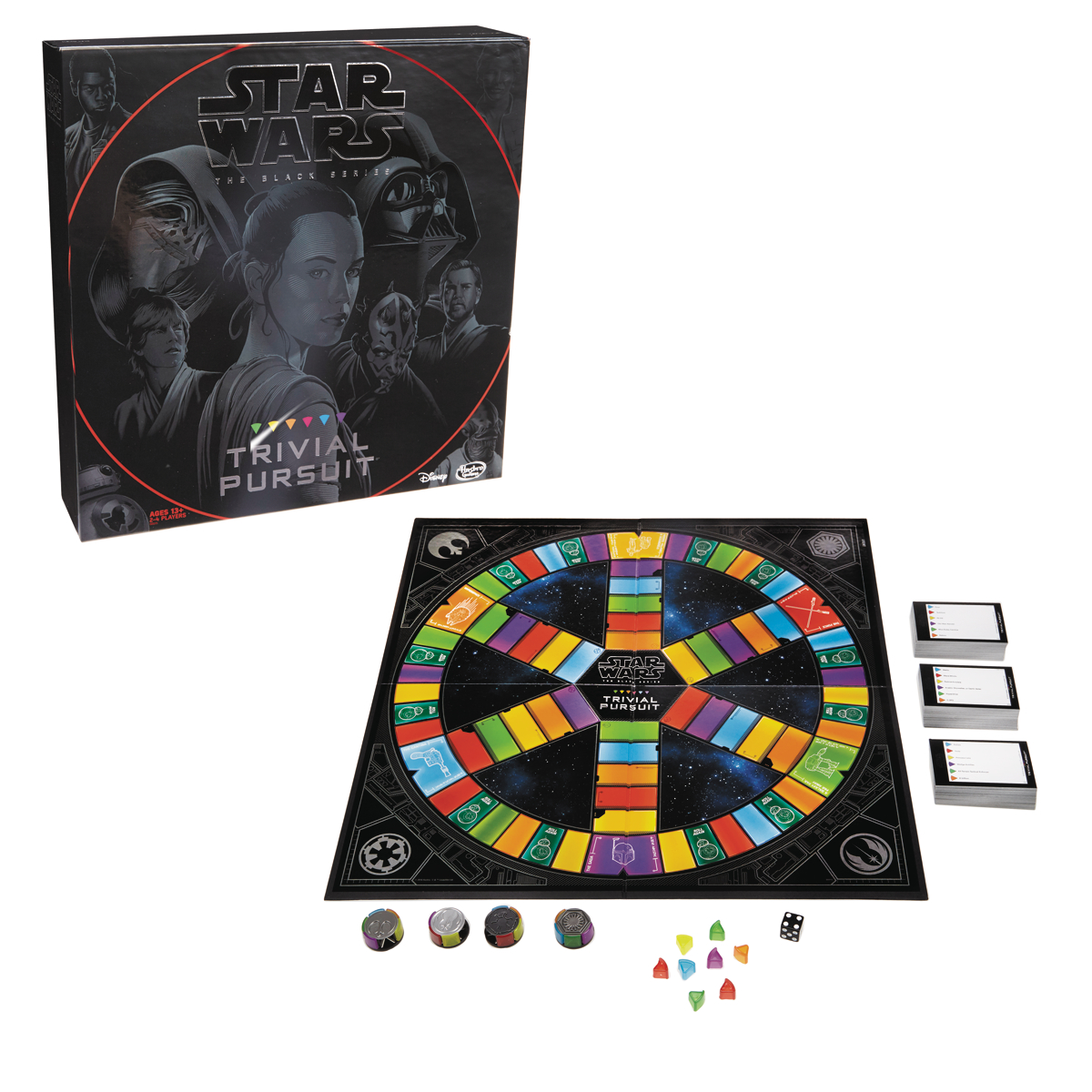 OCT168253
This Star Wars: The Black Series edition of the Trivial Pursuit game gives players a chance to imagine that they are Jedi Masters of trivia! In this edition, players can recall favorite movie moments from the entire Star Wars saga including Star Wars: The Force Awakens. The game includes 1,800 questions in 6 Star Wars themed categories: The Cantina, The Force, Heroes, Villains and Scoundrels, The Saga, A Galaxy Far, Far Away, and Hyperspace. Players choose their allegiance and move around the board with a Jedi, Rebel Alliance, First Order, or Galactic Empire sculpted mover. The first player to collect all 6 wedges and answer the final question correctly wins.
In Shops: Mar 29, 2017
SRP: $38.99