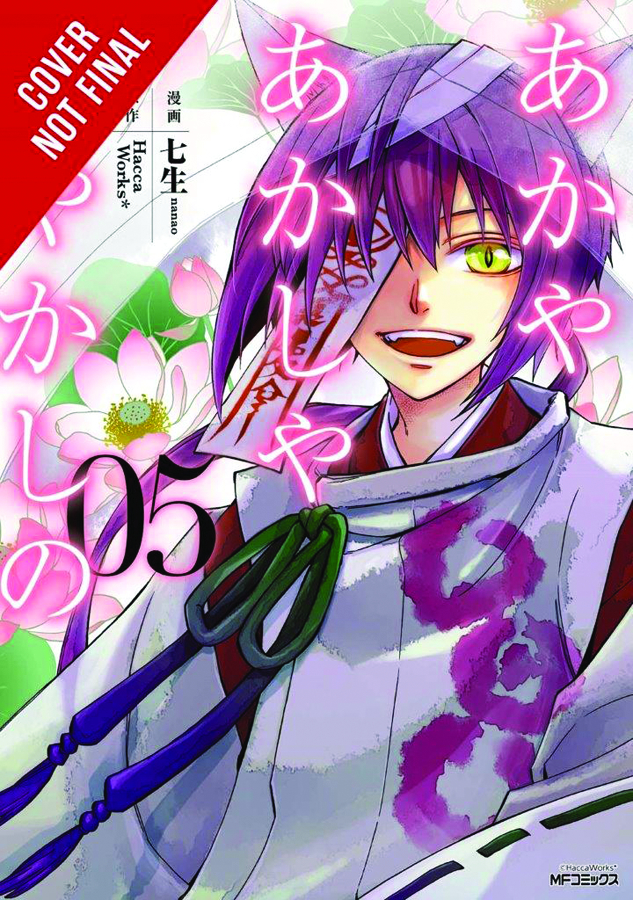 OCT162060
(W) HaccaWorks (A/CA) Nanao
The world of ayakashi - spirits and creatures from Japanese folklore - comes to life in this modern dark fantasy manga adaptation of the hitotome visual novel from HaccaWorks*! After learning that Yoshiki, the person who saved Tsubaki's life, is inside him, Yue is shocked by the fact that he "ate" Yoshiki. While the shrine takes steps to keep Yue confined in preparation for the Meal, Kurogitsune plays his cards close to his chest, resolving to take action. Meanwhile, Sagano incites Akiyoshi to put out the light at the entrance to the shrine. Once there, Akiyoshi, with Tsubaki at his side, makes a decision! The motives of ayakashi and the humans intersect, but where will that leave Yue and his friends?
In Shops: Dec 21, 2016
SRP: $13.00
View All Items In This Series
ORDER SUBSCRIBE WISH LIST