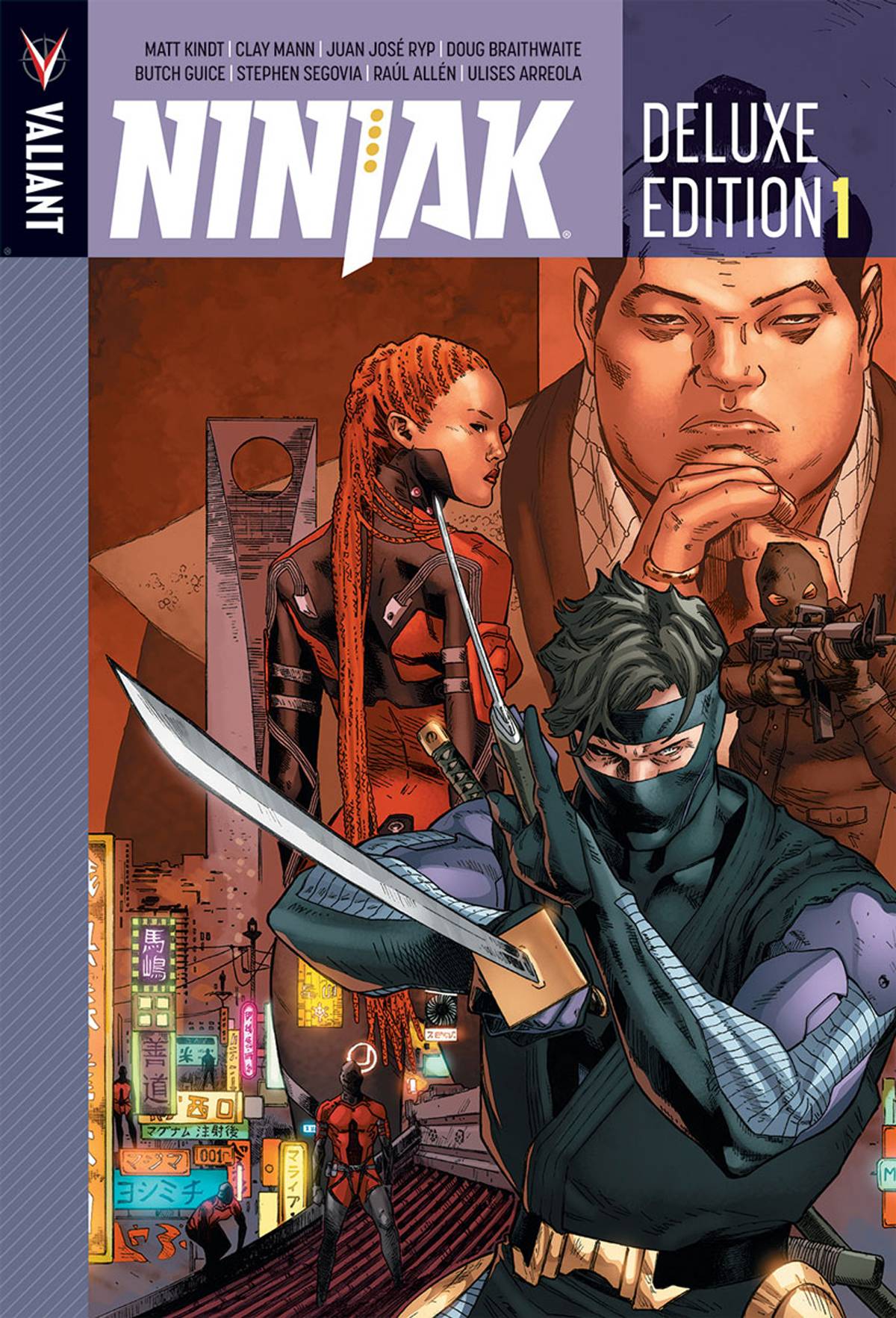 Then: Meet inexperienced MI-6 recruit Colin King on his first mission in the field as he learns the basics of spycraft and counterintelligence, and develops a volatile relationship with his first handler.

Now: Colin King is Ninjak, the world's foremost intelligence operative, weapons expert, and master
assassin. And he's hunting the Shadow Seven - a secret cabal of shinobi masters with mysterious ties to his training and tragic past.

Collecting NINJAK #1-13, this deluxe hardcover comes packed with more than 20 pages of rarely
seen art and extras!
In Shops: Jan 25, 2017
SRP: $39.99
View All Items In This Series
ORDER WISH LIST