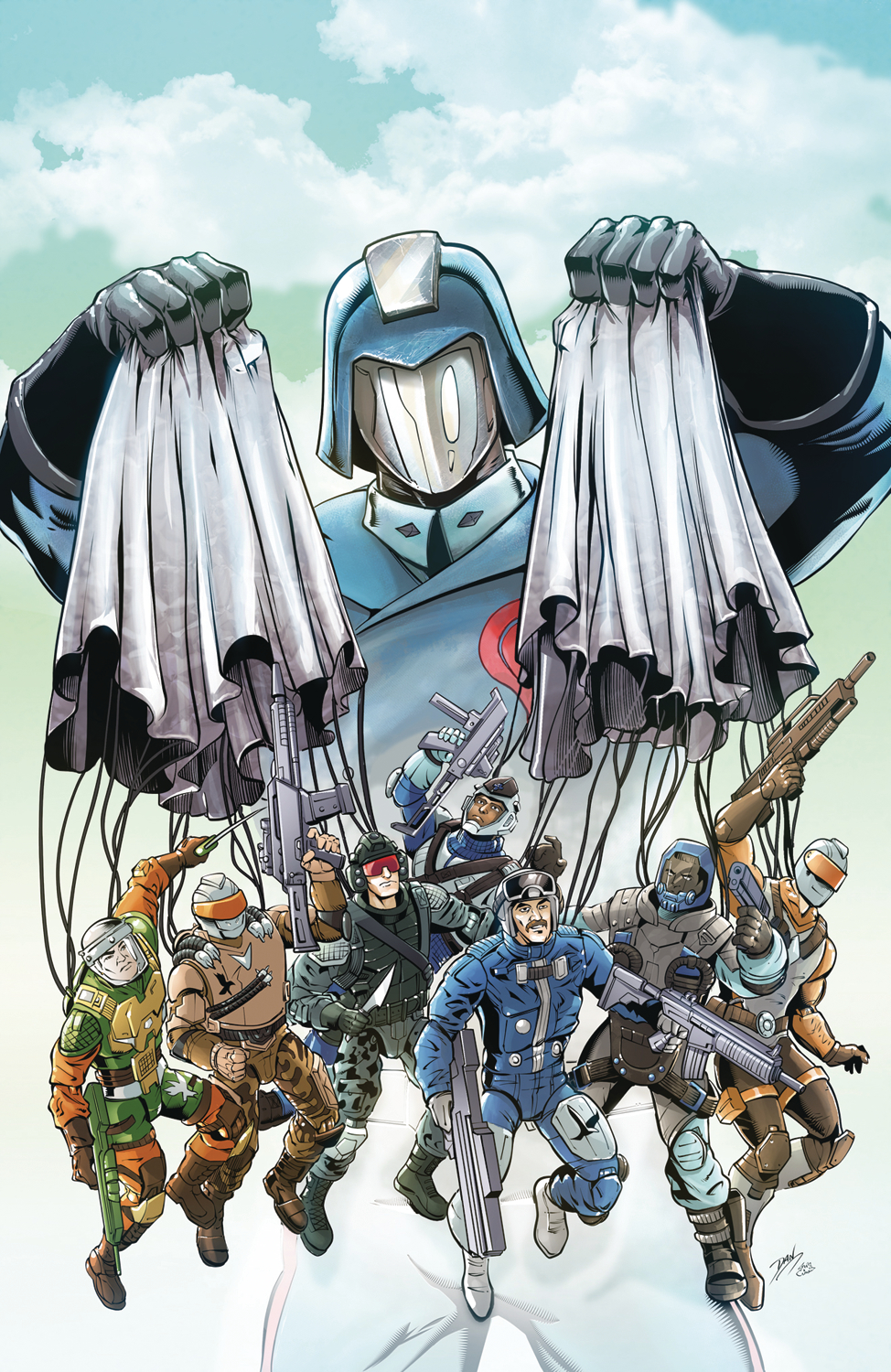 OCT161579
(W) David S. Lane (A) Julius Abrera (CA) Dan Khanna, Jesse Wittenrich
Deep amidst the treacherous, jagged peaks of the American Rocky Mountains, ferocity deals a vicious strike! Lethal scavengers, the Cobra Night Vultures, and aerial acrobats, the Cobra Air Devils, join forces to lash out at neighboring airfields. They stealthily break the bases' defenses, looting their technology and taking down anyone in their path. In their greed, they have set their sights on the G.I. Joe Sky Patrol and their experimental aircraft. Who will survive in aerial combat? And whose mission will tumble and crash to the ground? Featuring cover art by Dan Khanna with exclusive Diamond edition bonus content included as well!
In Shops: Jan 25, 2017
SRP: $4.95
View All Items In This Series
ORDER WISH LIST