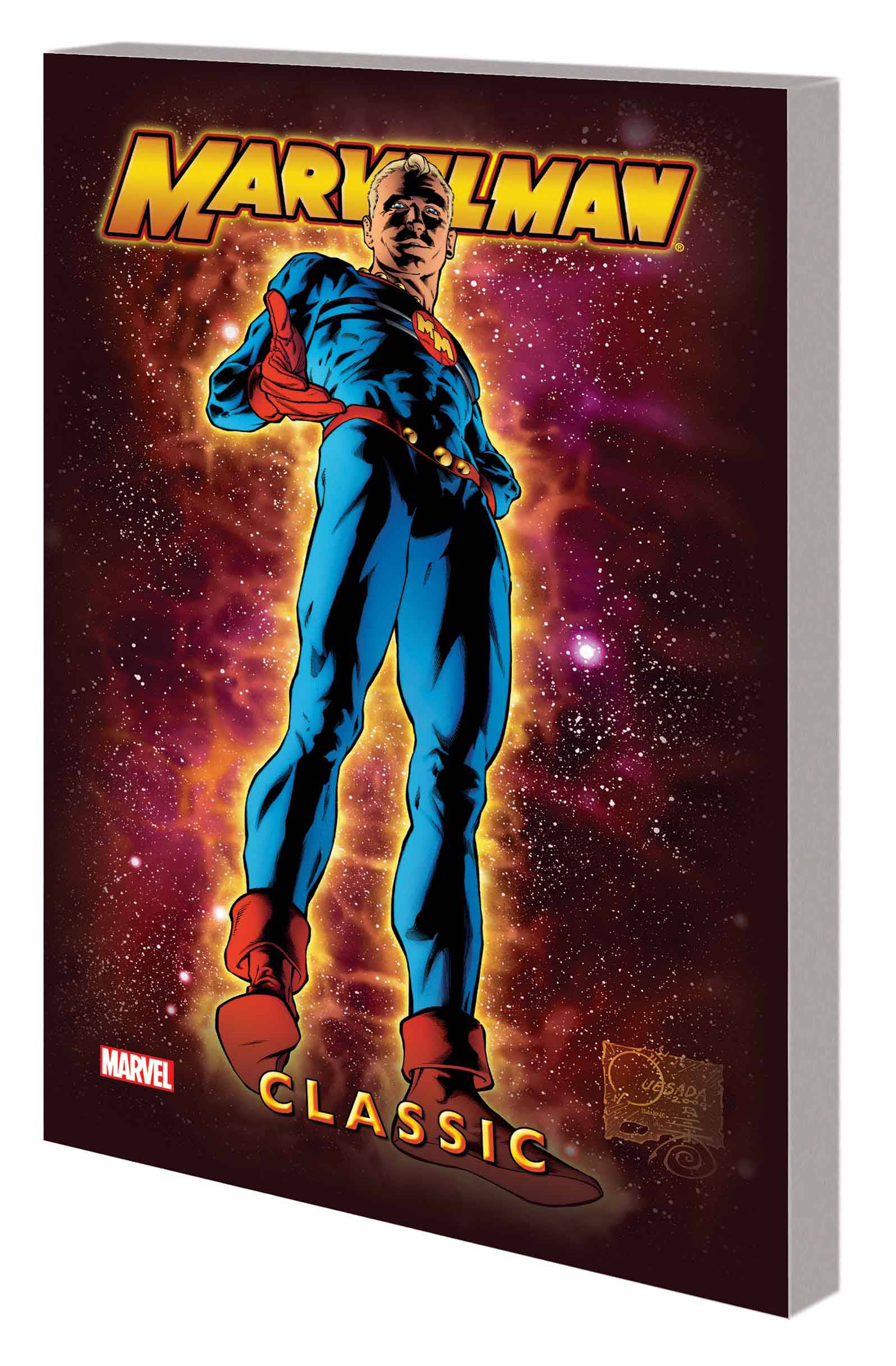 #
OCT161027
(W) Mick Anglo, Various (A) Mick Anglo, Various (CA) Joe Quesada
Who is the mysterious Marvelman? If you only know him from his dark, deconstructionist eighties revival, then you don't know Marvelman! Now, experience the saga of one of the most storied characters ever to emerge from the British comics market! Go back to the very beginning - 1954's MARVELMAN #25 - and witness firsthand the earliest atomic-powered adventures of the mightiest man in the universe...the fearless fighter of evil known as Marvelman! Plus: Reprinted for the first time ANYWHERE! So rare it was once thought mythical! The famous "lost issue" #26! Collecting MARVELMAN #25-35.
All Ages
In Shops: Jan 11, 2017
SRP: $19.99
View All Items In This Series
ORDER WISH LIST