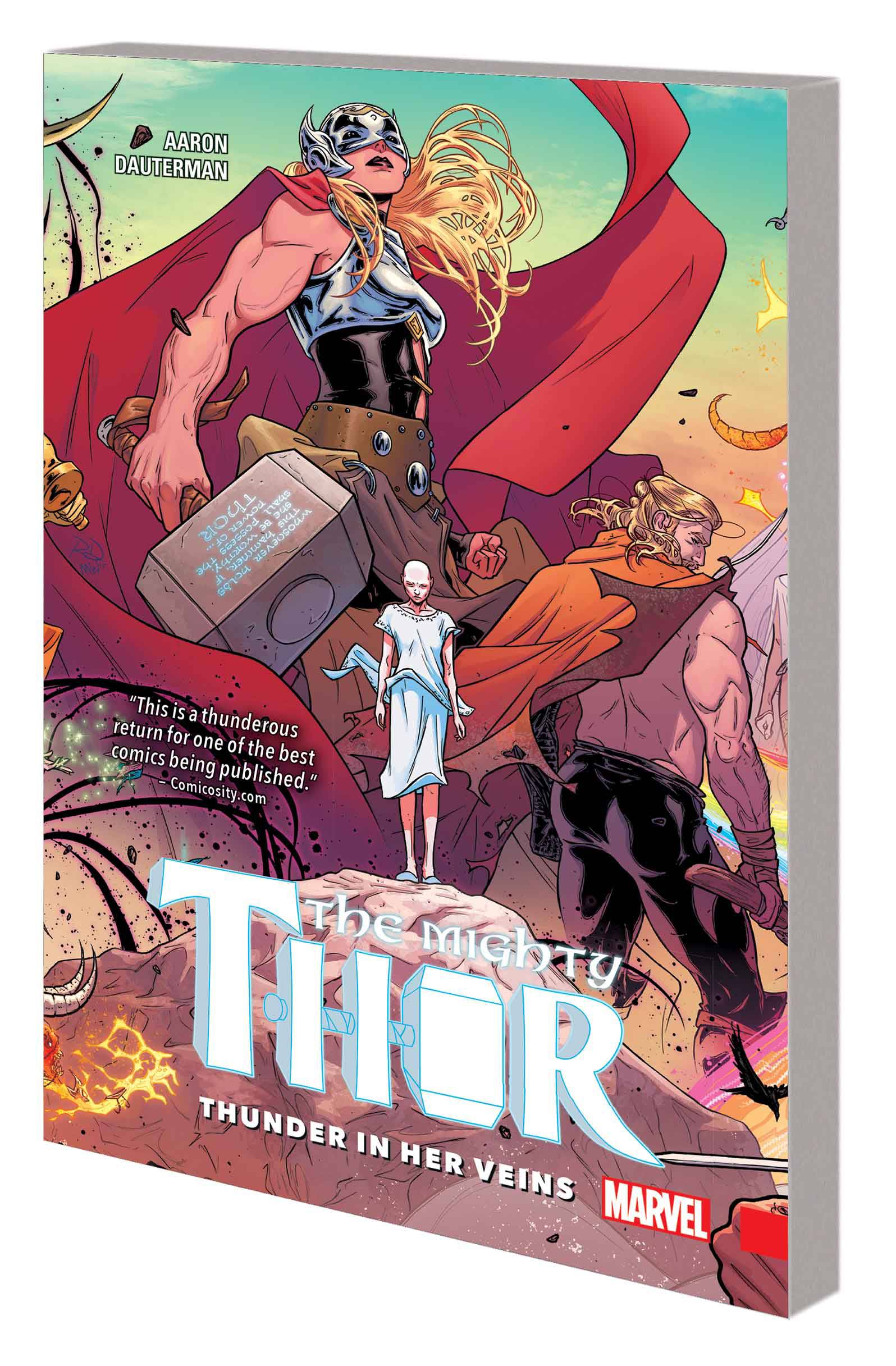 #
OCT161022
(W) Jason Aaron (A/CA) Russell Dauterman
Dr. Jane Foster is the Goddess of Thunder - and it's killing her. Her enemies are many as Asgard descends further into chaos, and unrest threatens to spread throughout the Ten Realms. Yet she wages her greatest battle against a far more personal foe: the cancer killing her mortal form. When Loki steps back into Thor's life, will it ease her troubles or only add to her pain? There's no such question about Malekith as he continues to fan the flames of a looming War of Realms - when he isn't wedding-planning, that is! And as Asgard is torn apart, the skies will shake in one of the bloodiest battles of all time: It's Thor vs. Odin like never before! Collecting MIGHTY THOR (2015) #1-5.
Rated T+
In Shops: Jan 18, 2017
SRP: $19.99
View All Items In This Series