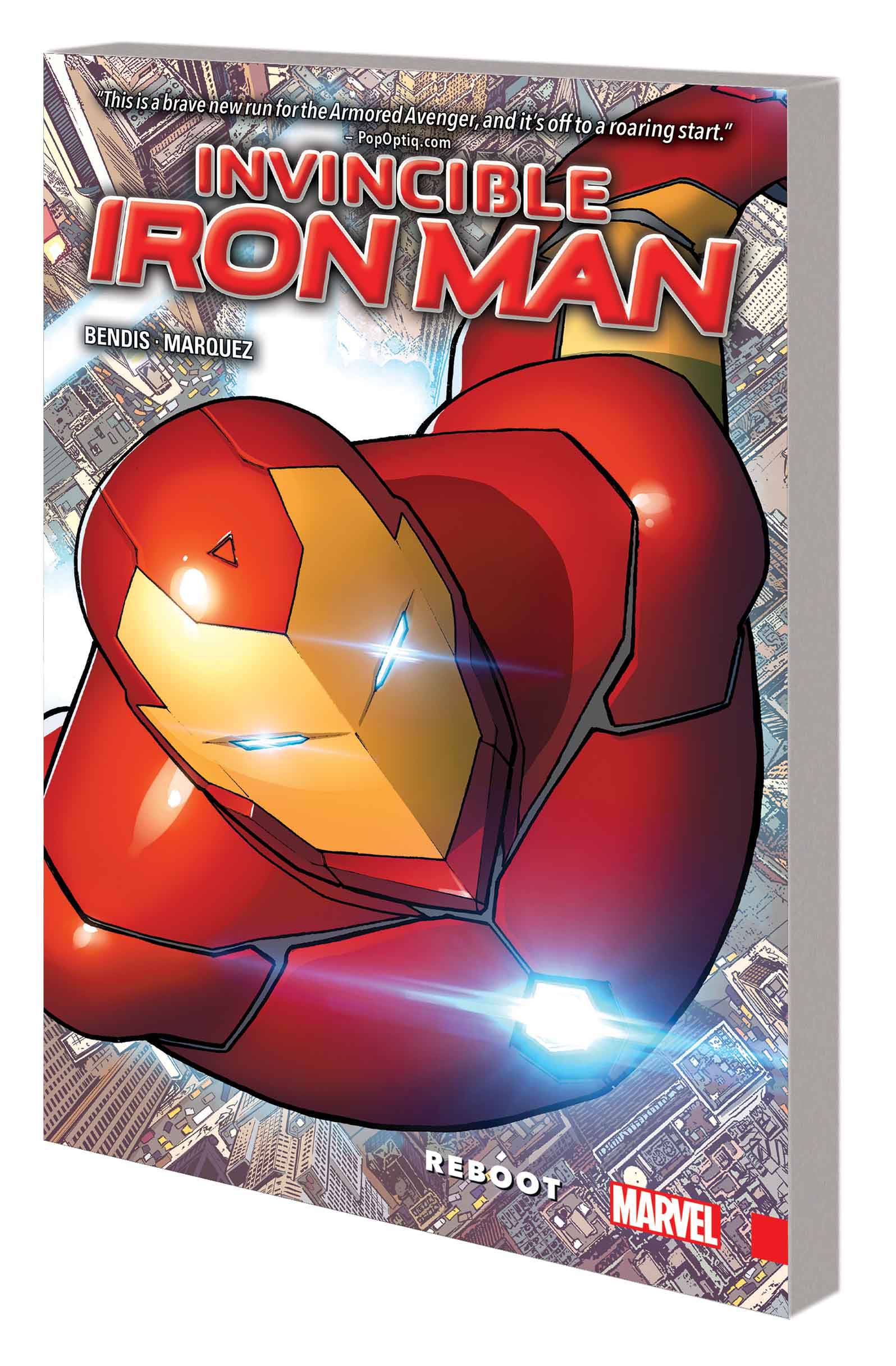 #
OCT161021
(W) Brian Michael Bendis (A) Mike Deodato (A/CA) David Marquez
One of the most popular super heroes in the world soars to fresh heights! Tony Stark has new armor, a new supporting cast, new villains and a new purpose that will take him across the entire Marvel Universe and beyond. It begins with a shocker of a twist and only gets more surprising from there, with the return of one of Tony's biggest nemeses and the quest to find his biological parents! As Iron Man chases Madame Masque, her actions threaten to rip all of reality apart! Shellhead's incredible armor will be put through its paces in a story that will shock and awe - but it is who Tony teams up with that will have everyone talking. Brian Michael Bendis takes the genius, billionaire, playboy philanthropist and makes him a superstar! Collecting INVINCIBLE IRON MAN (2015) #1-6.
Rated T+
In Shops: Dec 28, 2016
SRP: $17.99
View All Items In This Series