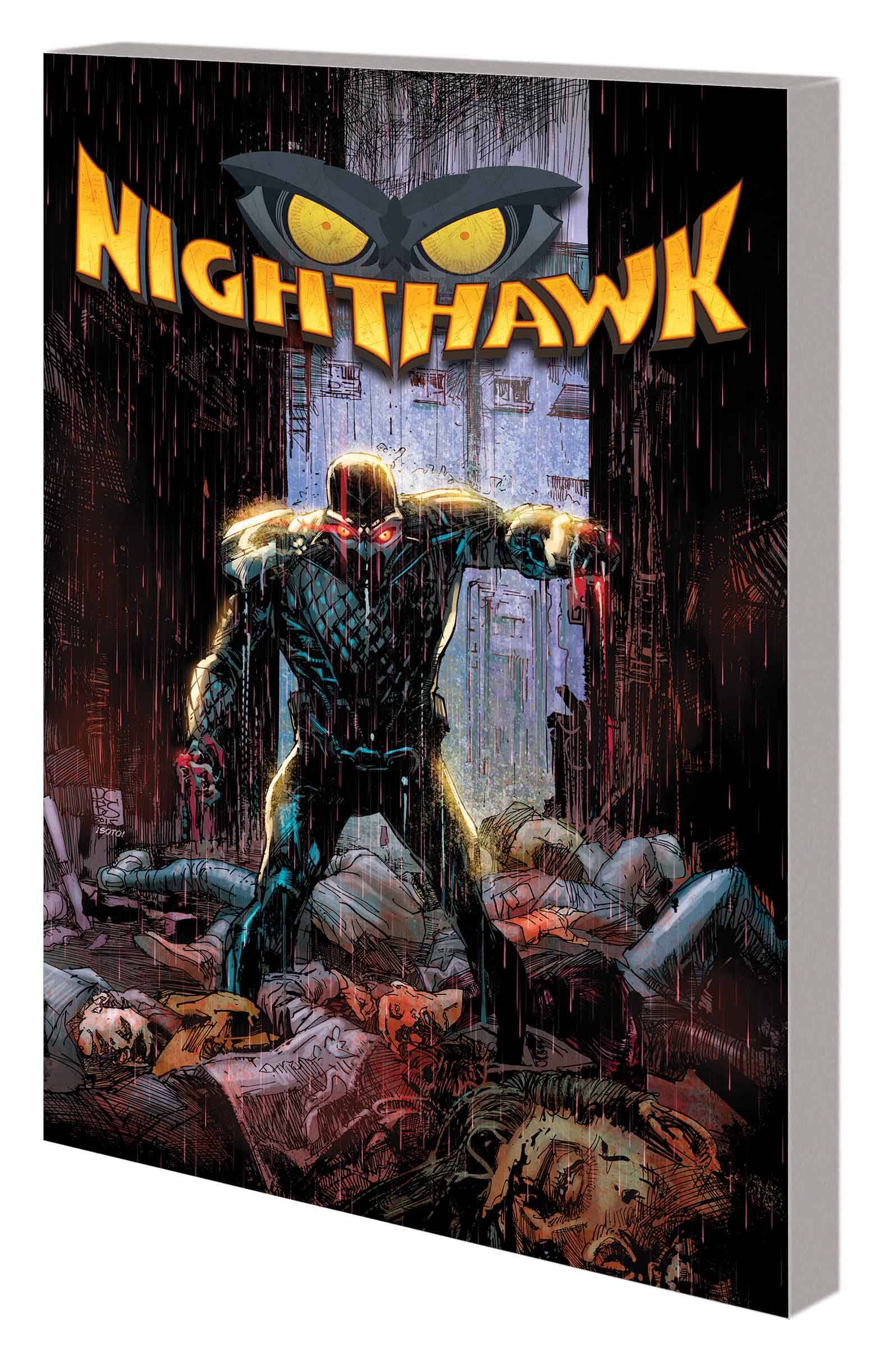 #
OCT161019
(W) David Walker (A) Ramon Villalobos, Martin Morazzo (CA) Denys Cowan, Bill Sienkiewicz
The Squadron Supreme's Nighthawk is Chicago's dark protector, dispensing decisive justice to those who truly deserve it. But someone even more brutal is targeting the city's shadiest power brokers in a series of grisly murders. As the bodies pile up, Nighthawk must decide whether to hunt this psycho - or leave him to it! And as racial tension grips the city, Nighthawk faces another choice: defend his new home, or watch it burn. With white supremacists on one side and cops out to get him on the other, he's bitten off more than he can chew - and that's before he becomes the new obsession of the elusive serial killer the Revelator! Nighthawk's in for a bloody, life-or-death fight that will define him. Can he save Chicago as a hero? Or does the city require a villain? Collecting NIGHTHAWK (2016) #1-6.
Parental Advisory
In Shops: Dec 28, 2016
SRP: $17.99