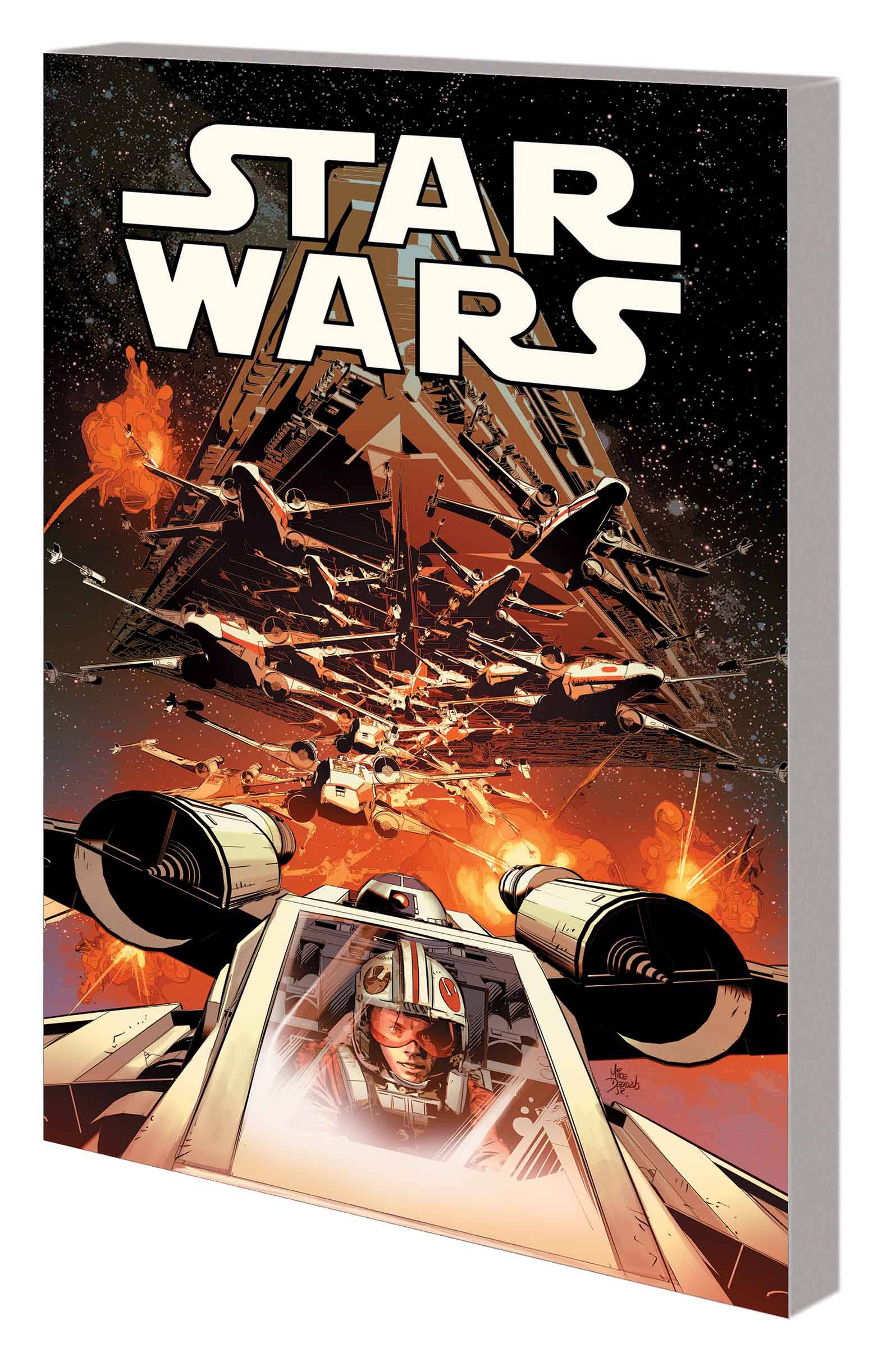 #
OCT161018
(W) Jason Aaron, Chris Eliopoulos (A) Jorge Molina, Mike Mayhew, Chris Eliopoulos (CA) Mike Deodato
Marvel's epic exploration of the Star Wars galaxy continues! Take a walk on the dark side with Sgt. Kreel and an elite group of Imperial soldiers aboard the Star Destroyer Harbinger! It's a nigh-indestructible weapon of war. It's also the target of the rebels' new top-secret plan. Never afraid of defying the odds, Luke Skywalker, Han Solo and Leia Organa are determined to make this the Harbinger's last flight! But Kreel and his SCAR Squad specialize in taking down rebels - hard! Let battle commence! Plus: Jabba the Hutt has a problem, and he's hired the Wookiee bounty hunter Black Krrsantan to solve it. But a certain old hermit of the dune wastes might have a little something to say about it. Then, R2-D2 goes solo! Collecting STAR WARS (2015) #20-25.
Rated T
In Shops: Jan 18, 2017
SRP: $19.99
View All Items In This Series