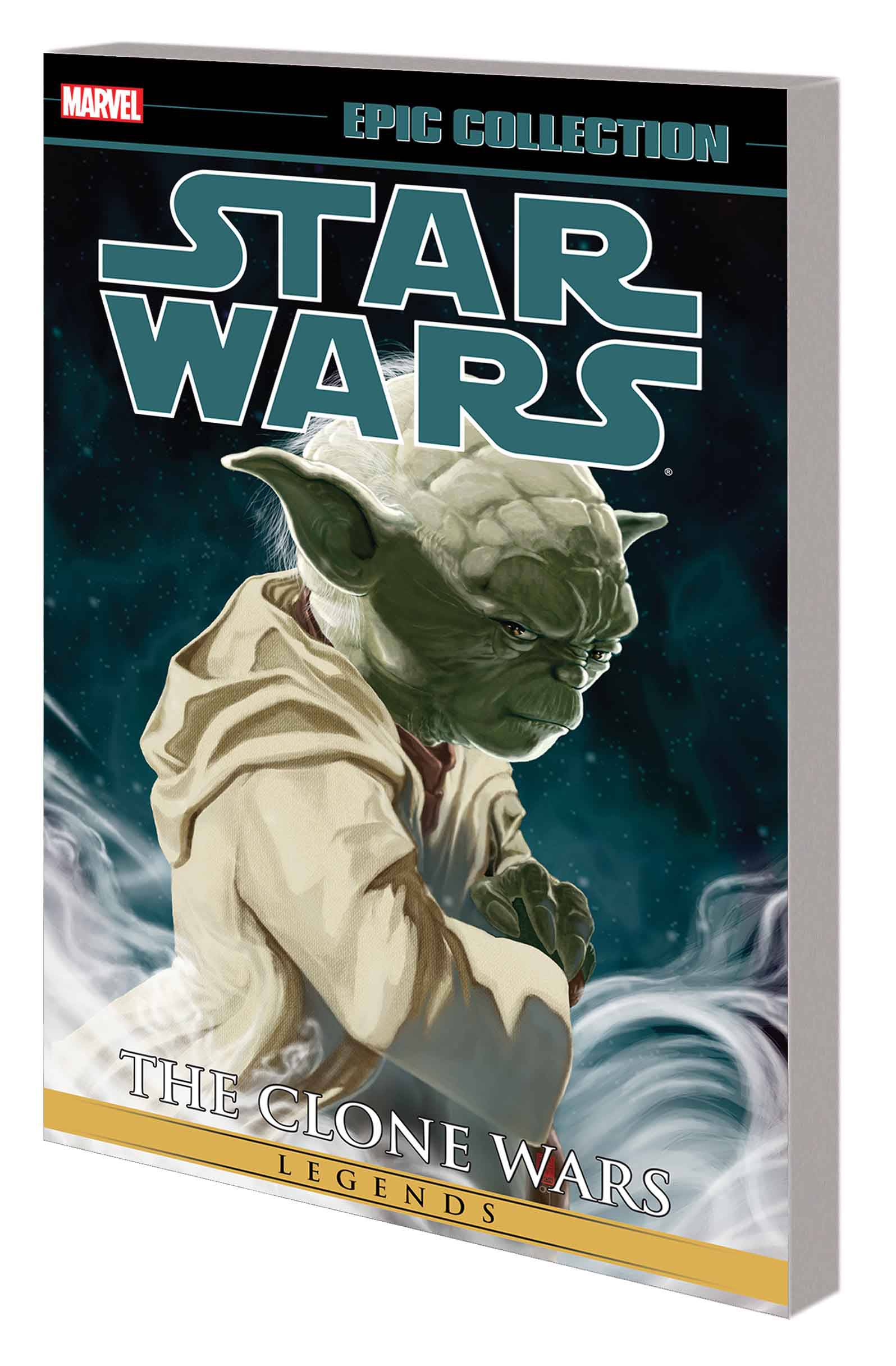 #
OCT161017
(W) Various (A) Various (CA) Hoon
The Republic is rocked by war! As the galaxy descends into conflict, Separatists target the Republic's crucial cloning facility - and only a squadron of Starfighters and a battalion of Jedi-led clone troopers stand in the way! Meanwhile, Naboo, home of Padmé Amidala, is the next Separatist target! How will General Obi-Wan Kenobi and Anakin Skywalker react as the Clone Wars begin? And while the battle rages, Mace Windu struggles to reunite the divided Jedi! Peacemaker Shaak Ti goes on the offensive! Aayla Secura heads undercover! Yoda holds the fate of a world in his hands! And Count Dooku pulls all the strings! Collecting STAR WARS: REPUBLIC #49-54; STAR WARS: JEDI - MACE WINDU, SHAAK TI, AAYLA SECURA, COUNT DOOKU and YODA; and material from STAR WARS TALES #14 and #19, and STAR WARS VISIONARIES.
Rated T
In Shops: Dec 28, 2016
SRP: $39.99
View All Items In This Series
ORDER SUBSCRIBE WISH LIST