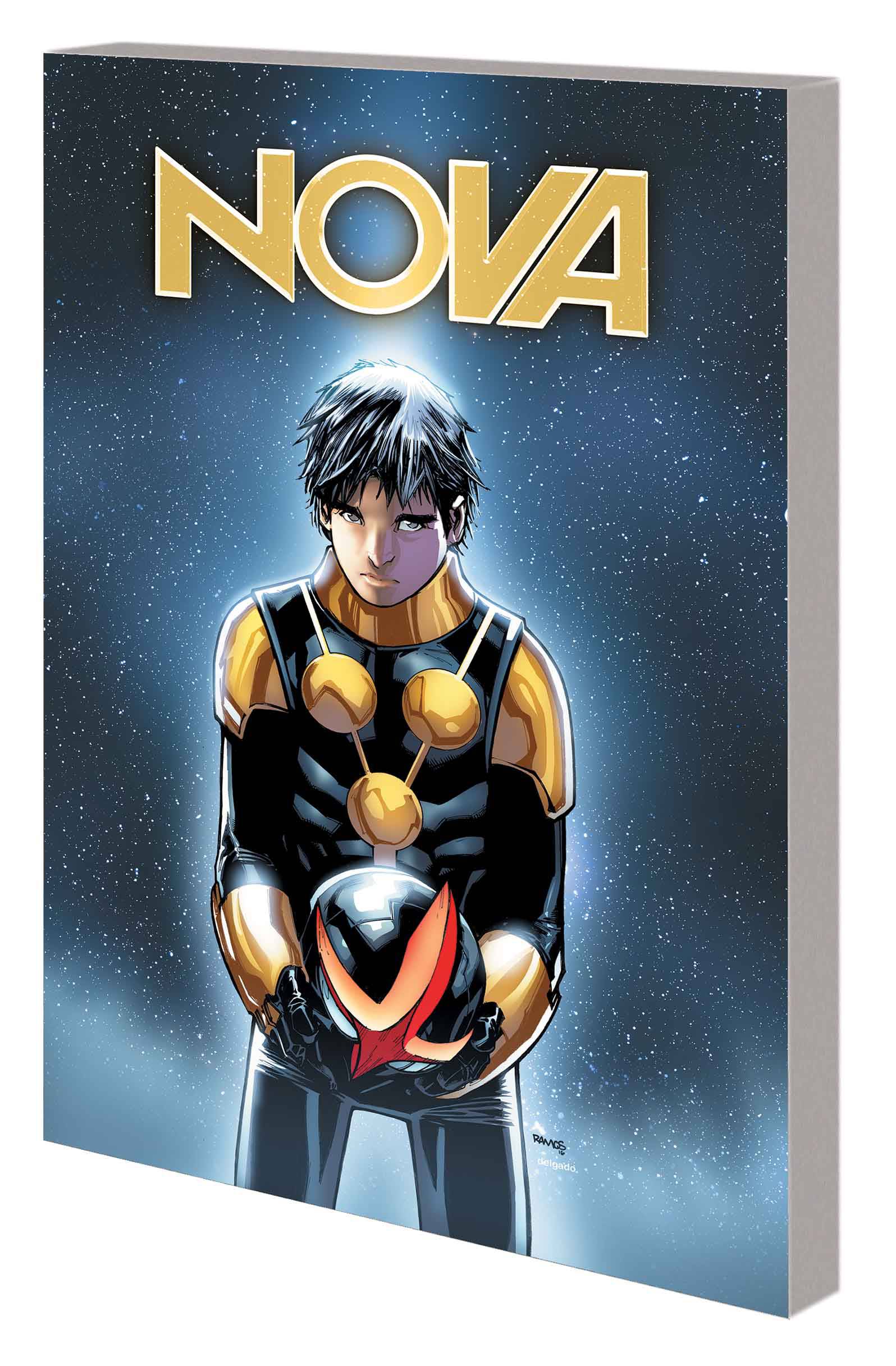 #
OCT161013
(W) Sean Ryan (A) R. B. Silva, Cory Smith (CA) Humberto Ramos
Nova's father is still missing, and the only clue to his whereabouts just blasted off into space! So it's time for Sam to follow the trail of a new mystery - one he'll need the Avengers' help to solve! But his place among Earth's Mightiest will put him on the front lines of CIVIL WAR II! Iron Man is his friend and mentor - but that doesn't mean he and Nova see eyehole-to-eyehole. Come to think of it, Sam's no fan of Captain Marvel's stance, either. Awkward! One of the most powerful kids in the galaxy has a lot to learn about himself. Stuck between two sides of a fight he wants no part of, Sam will be forced to make a tough choice. Can he continue as Nova, or is it time to hang up the helmet? Collecting NOVA (2015) #7-11.
Rated T
In Shops: Dec 28, 2016
SRP: $15.99
View All Items In This Series