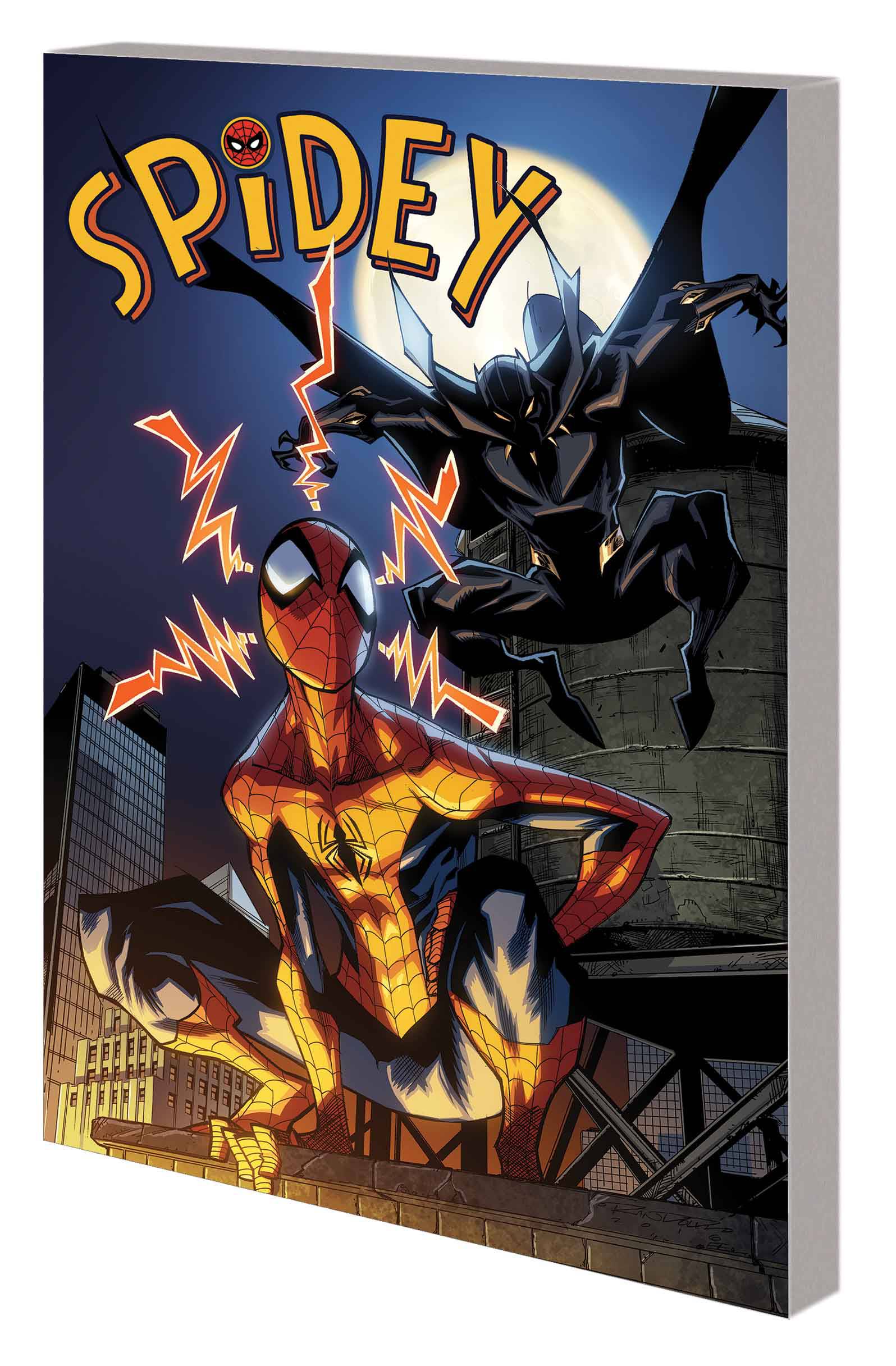 #
OCT161010
(W) Robbie Thompson (A) Andre Araujo, Nathan Stockman (CA) Khary Randolph
The early days of Spider-Man like you've never seen them before! As the wall-crawler continues to build his amazing rep, he's making new friends - and plenty of enemies - across the Marvel Universe! Electro harnesses the power of New York City! Kraven hunts...Peter Parker?! And Scorpion stings - with a twist in the tale! But when master of sound Klaw makes some noise, the Black Panther lends a hand! And as Spidey gets a taste for team-ups, who better than living legend Captain America to stop by for a lesson in heroism? While Spidey is busy making pals, Peter could find a new BFF of his very own: Flash Thompson?! But fun time is over when the Sinister Six strike! Can a lone Spidey defeat his most powerful foes all at the same time? Collecting SPIDEY #7-12.
Rated T
In Shops: Dec 28, 2016
SRP: $17.99
View All Items In This Series