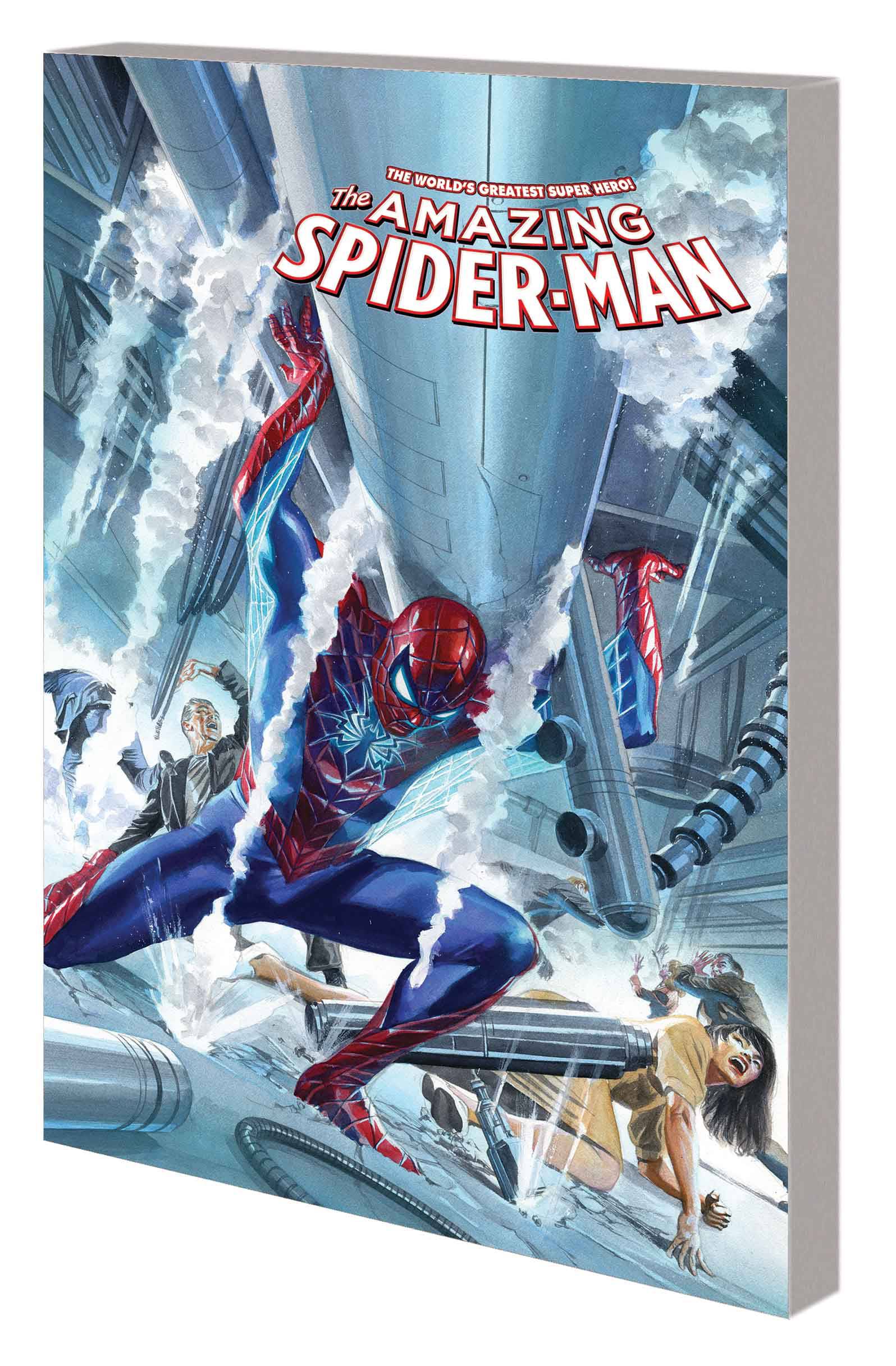 #
OCT161009
(W) Dan Slott (A) Giuseppe Camuncoli, Javi Garron (CA) Alex Ross
Going global means a world of problems for the wall-crawler! First, there's an accident to deal with at Parker Industries. How far will Peter Parker go to save his employees - both as CEO and as Spider-Man? Meanwhile, stand-in Spidey - the Prowler - meets the shocking, all-new Electro! Then, the moment you've been waiting for: Doctor Octopus has been trapped in the Living Brain's body for too long - now it's time for him to act! And when someone in Peter's orbit dies, he must once again choose between his personal life and the responsibility of being Spider-Man - and that choice won't go well for him! Plus: both sides of a special tale setting the scene for the sensational Spider-Event "Dead No More"! Collecting AMAZING SPIDER-MAN (2015) #16-19 and material from FREE COMIC BOOK DAY 2016 (CAPTAIN AMERICA) #1.
Rated T
In Shops: Jan 11, 2017
SRP: $15.99
View All Items In This Series