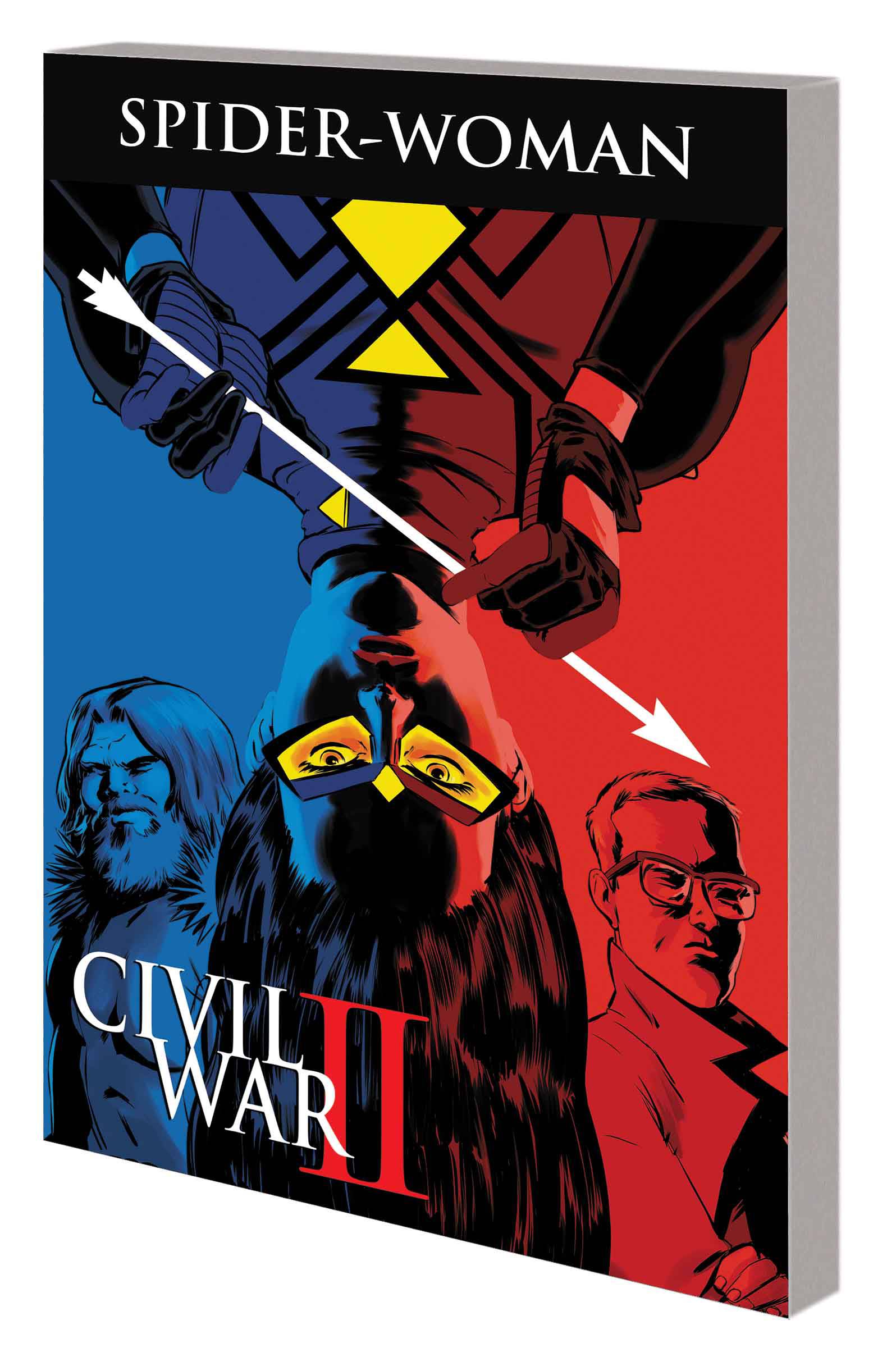 #
OCT161007
(W) Dennis Hopeless (A) Veronica Fish (A/CA) Javier Rodriguez
She may be a mom now, but Jessica Drew is still kicking butt and taking names as the sensational Spider-Woman - ably assisted by the babysitting Porcupine! And parenthood won't stop her from tangling with the baddest fish in the sea: Tiger Shark! But when the Marvel Universe erupts in a second Civil War, Jess has plenty of reasons to stay on the sidelines this time. First, she has history a with the major players on both sides. Then, of course, there's her bouncing baby boy to consider. But Spider-Woman has never been one to be benched for long - and when a startling new case lands in her lap, keeping herself out of the conflict becomes impossible. When it comes time for Jess to take a stand, will it be with or against her best friend, Captain Marvel? Collecting SPIDER-WOMAN (2015) #8-12.
Rated T+
In Shops: Dec 28, 2016
SRP: $15.99
View All Items In This Series