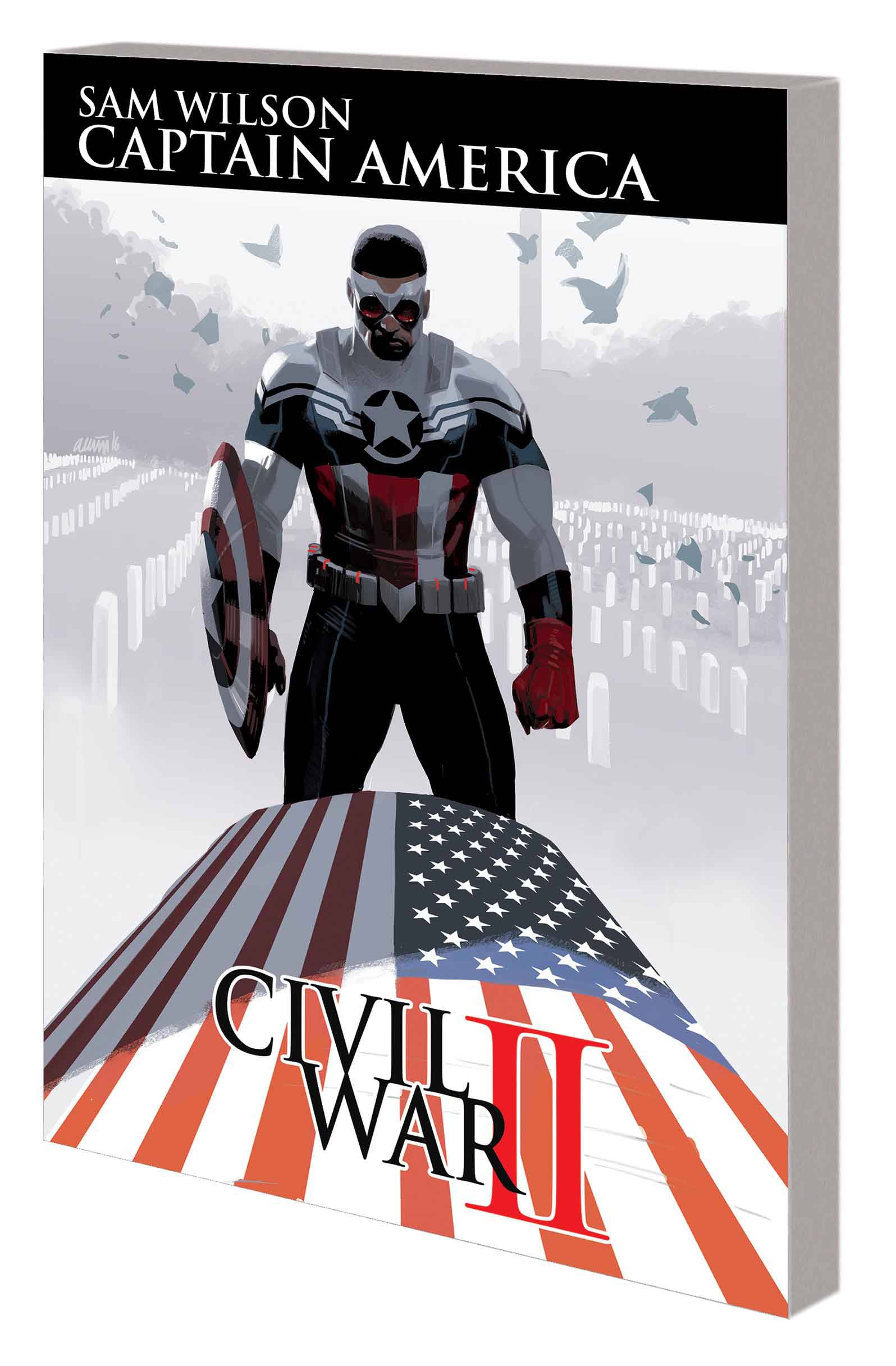 #
OCT161005
(W) Nick Spencer (A) Angel Unzueta (A/CA) Daniel Acu?a
In the wake of STANDOFF, Steve Rogers is reinvigorated and back in red, white and blue. Sam Wilson still wields the shield, but once again struggles to find his place in the country he seeks to represent. Can the United States handle two Captain Americas? Things may get even worse when CIVIL WAR II erupts. Against the backdrop of a deepening crisis, Sam is called upon to honor a fallen hero - and speak to a divided nation. But will anyone listen to him? Maybe not, with #givebacktheshield trending. As the battle lines form, Sam must choose a side. And there's a good chance it won't be the same one as U.S.Agent! But when the Americops come for him, what's he gonna do? Collecting CAPTAIN AMERICA: SAM WILSON #9-13..
Rated T
In Shops: Jan 11, 2017
SRP: $15.99
View All Items In This Series