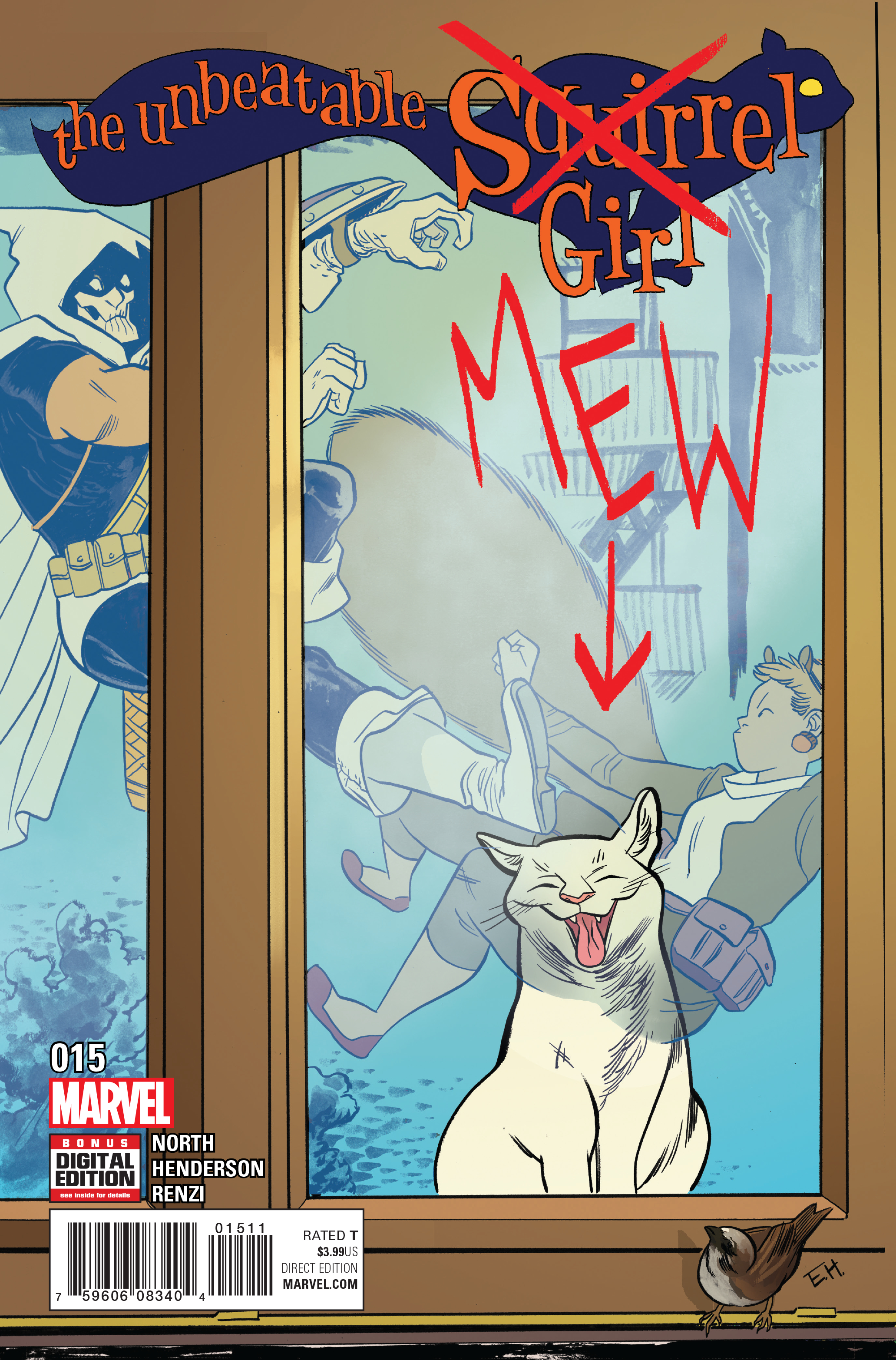 OCT160947
(W) Ryan North (A/CA) Erica Henderson
• When the TASKMASTER comes to town - and brings with him his ability to DUPLICATE ANYONE'S SWEET MOVES - who stands between him and total domination?
•  See, I can tell you're glancing at the title of this comic and whispering "Well, it's PROBABLY Squirrel Girl," but guess what? This time it's actually Nancy's cat Mew, who has NO POWERS WHATSOEVER!
•  THRILL as Mew loafs around the house! GASP as Mew chases a mouse and then has a nap! BOGGLE as you wonder how we possibly managed to pitch "an issue entirely from the cat's point of view" to Marvel, a multinational corporation with a LOT invested in our comic continuing to star a squirrel and/or girl!
•  They knew the risks when they let Hawkeye have that Pizza Dog issue though, so this was clearly inevitable.
•  MEW ISSUE, BRING YOUR TISSUES!
Rated T
In Shops: Dec 14, 2016
SRP: $3.99
View All Items In This Series