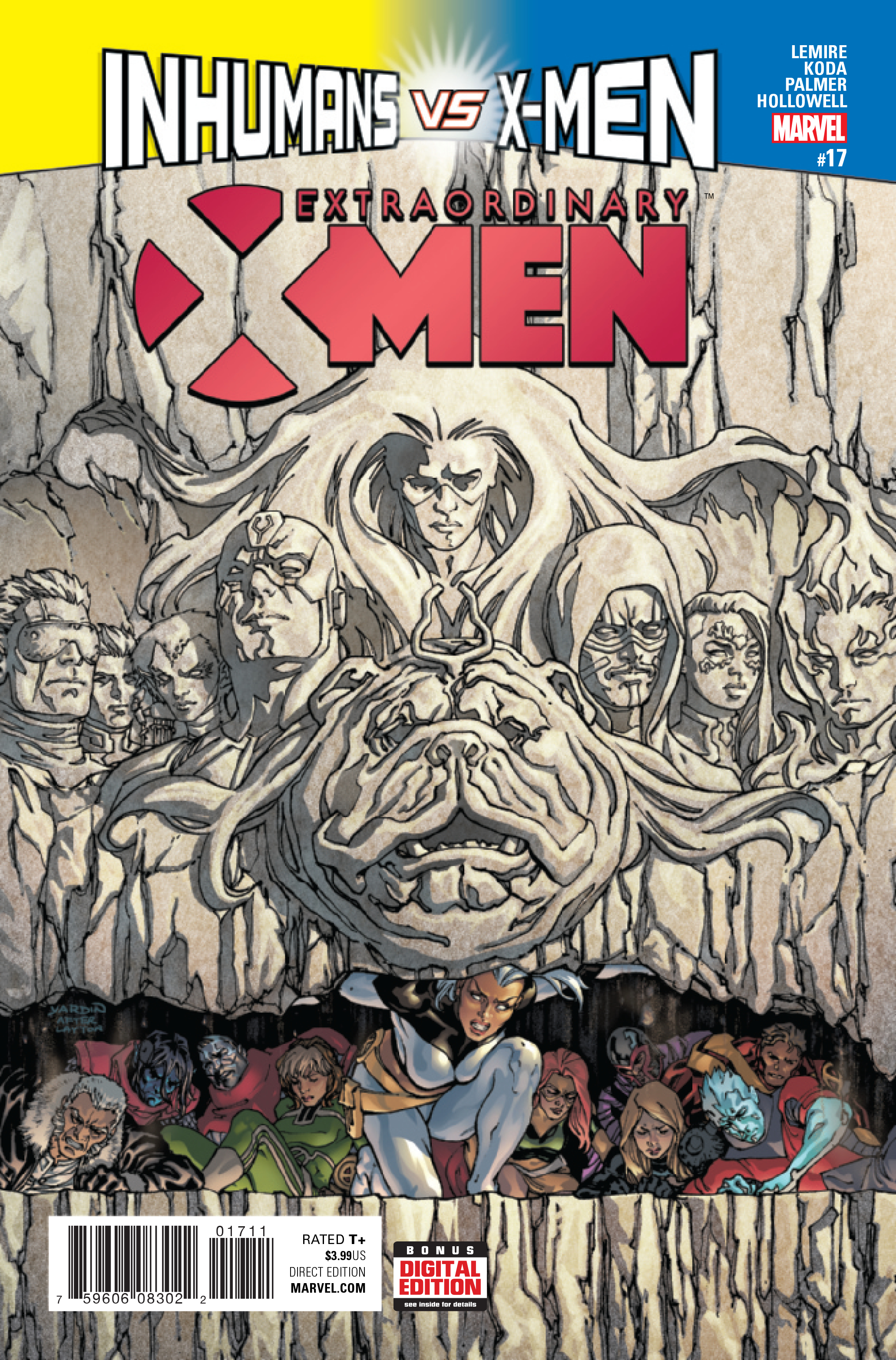 OCT160719
(W) Jeff Lemire (A) Eric Koda (CA) David Yardin
INHUMANS VS. X-MEN TIE-IN!
•  The X-Men have just learned that the Terrigen Mist-the source of the Inhumans' powers that through a cruel twist of fate is lethal to Mutants-has reached an irreversible saturation point, rendering Earth uninhabitable to their kind.
•  And now they see no other option than to strike against the Inhumans to ensure their own survival.
•  But one X-Man doesn't take the decision lightly.
•   STORM has literally led the X-Men through hell and back, but will she lead them against their longtime friends and allies?
Rated T+
In Shops: Dec 28, 2016
SRP: $3.99
View All Items In This Series