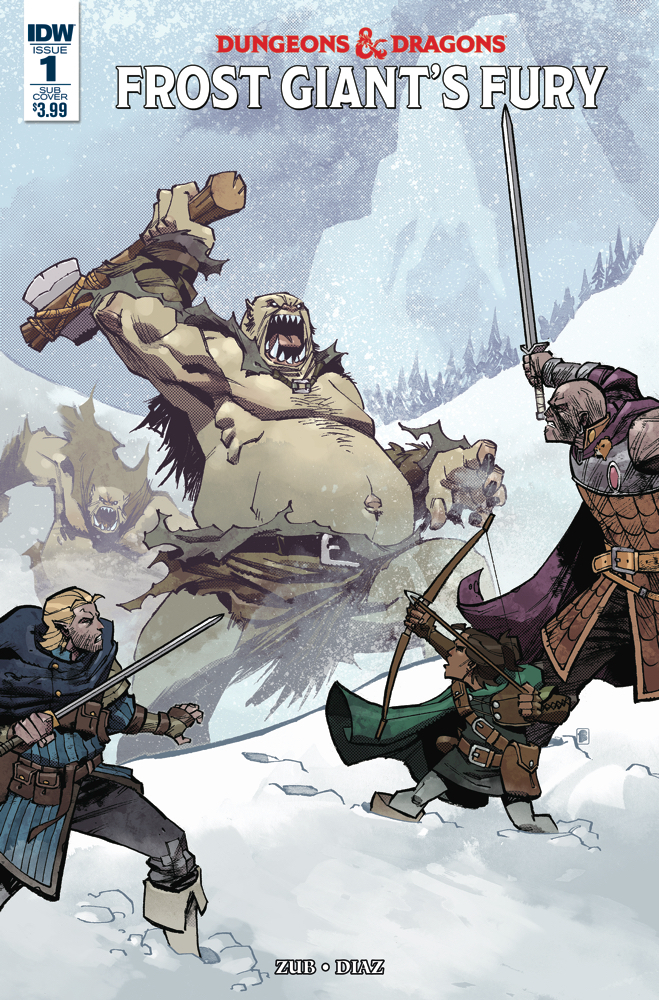 OCT160436
(W) Jim Zub (A) Netho Diaz (CA) Nelson Daniel
Mighty giants stir across the land and, before their crushing might, nothing is safe. Badly injured after their encounters in the Demiplane of Dread and now lost in the frozen northern reaches of the Forgotten Realms, the Baldur's Gate heroes will be tested like never before. Roll for initiative, a new Dungeons & Dragons adventure begins!
•   Dungeons & Dragons is seeing a renaissance with the release of the fifth edition rules in late 2014. Hundreds of thousands of players are returning to D&D or embarking on their first adventures and they're hungry for extra content.
•   Jim Zub returns with a new D&D story tying into the Storm King's Thunder event that runs across multiple RPG products, novels, and video games.
•   This series continues with the cast from the hit Legends of Baldur's Gate and Shadows of the Vampire stories, but is also built as a perfect jumping on point for new readers, bringing them into D&D's classic blend of sword & sorcery adventure.
In Shops: Jan 11, 2017
SRP: $3.99
View All Items In This Series