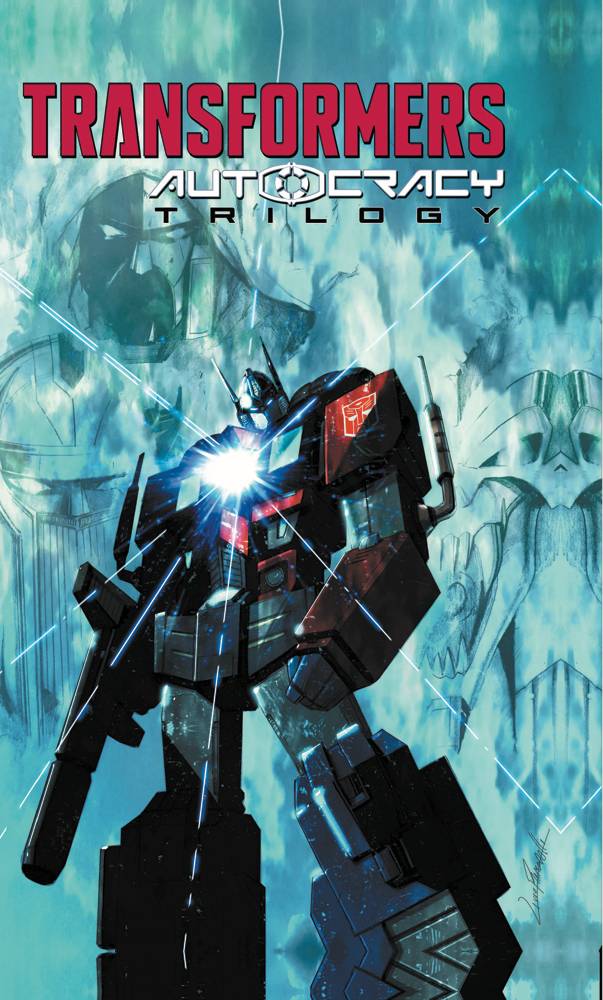 #
OCT160433
(W) Chris Metzen, Flint Dille (A/CA) Livio Ramondelli
Before Optimus became a Prime he fought for order. Before Megatron became a conqueror he fought for freedom. In the early days of the war on Cybertron, two leaders-one Autobot, the other Decepticon-start down their own paths towards destiny. Collects the Autocracy, Monstrosity, and Primacy series into an oversized hardcover collection.
In Shops: Mar 01, 2017
SRP: $49.99