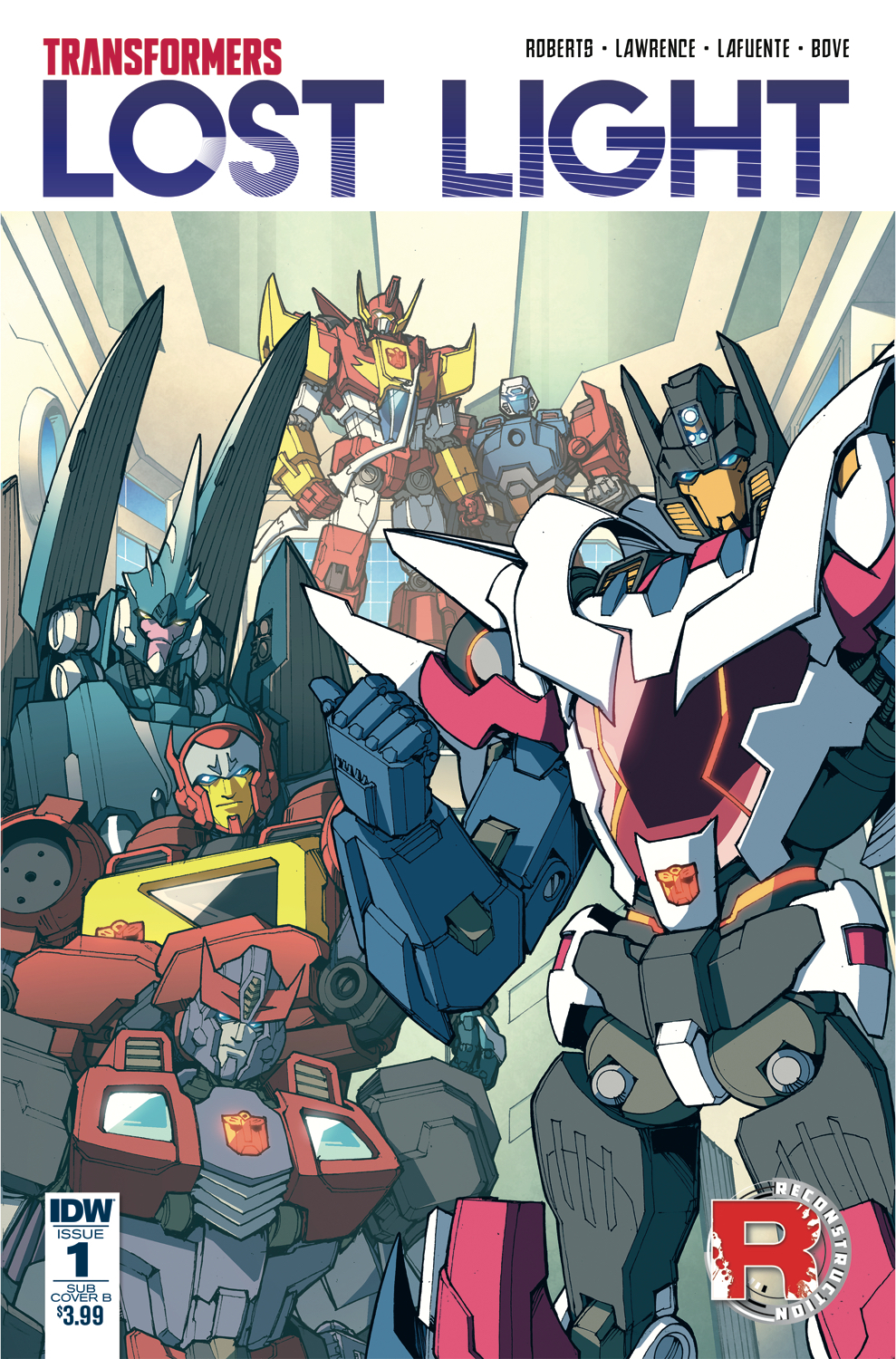 OCT160403
(W) James Roberts (A) Jack Lawrence (CA) Andrew Griffith
Five years ago, Rodimus and a collection of traumatised, lovelorn and/or sarcastic Autobots set off on a quest to find Cyberutopia. So far, they've made a right hash of it. They've misplaced their map. They've lost their ship, the Lost Light, to a mutinous escapologist. Oh, and they're dead.
•   The crew from MORE THAN MEETS THE EYE might be dead, but the LOST LIGHT lives on!
•   Incredible artist Jack Lawrence (Skylanders, Micronauts) makes his Transformers debut with returning writer James Roberts (Transformers: MTMTE)!
In Shops: Dec 14, 2016
SRP: $3.99
View All Items In This Series