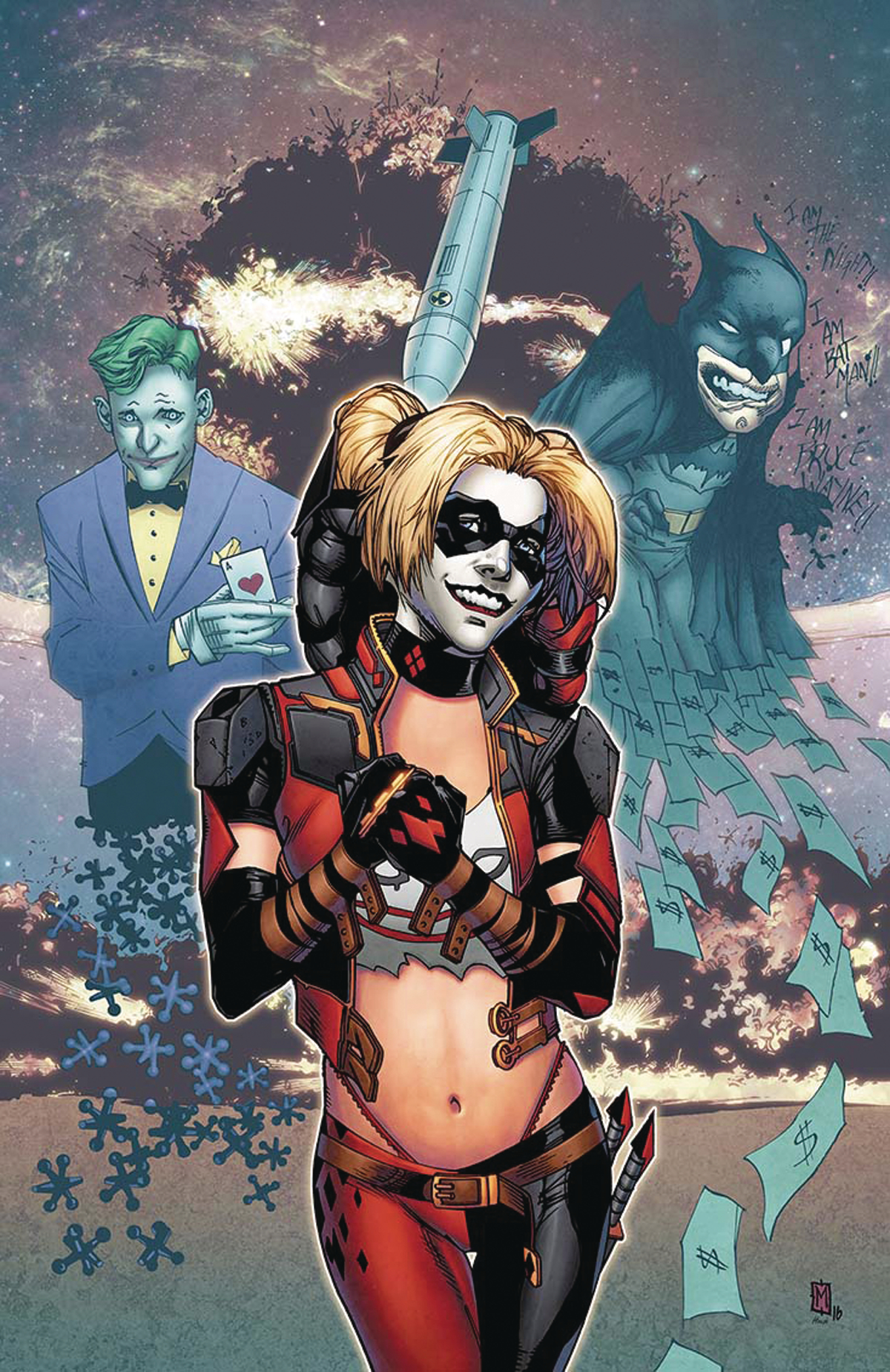 OCT160254
(W) Christopher Sebela, Brian Buccellato (A) Pop Mhan, Tom Derenick (CA) Matthew Clark
Don't miss the start of this new series bridging the gap between the recently concluded INJUSTICE digital first series and the upcoming Injustice 2 game! The story of the first INJUSTICE: GODS AMONG US videogame is told in comic book format for the first time, but from the skewed perspective of Harley Quinn. As heroes from the parallel Earth arrive to tip the balance against Superman's regime, Harley's determined to cause her own brand of mayhem with her newly formed Joker Clan!
In Shops: Dec 07, 2016
SRP: $2.99
View All Items In This Series
ORDER WISH LIST