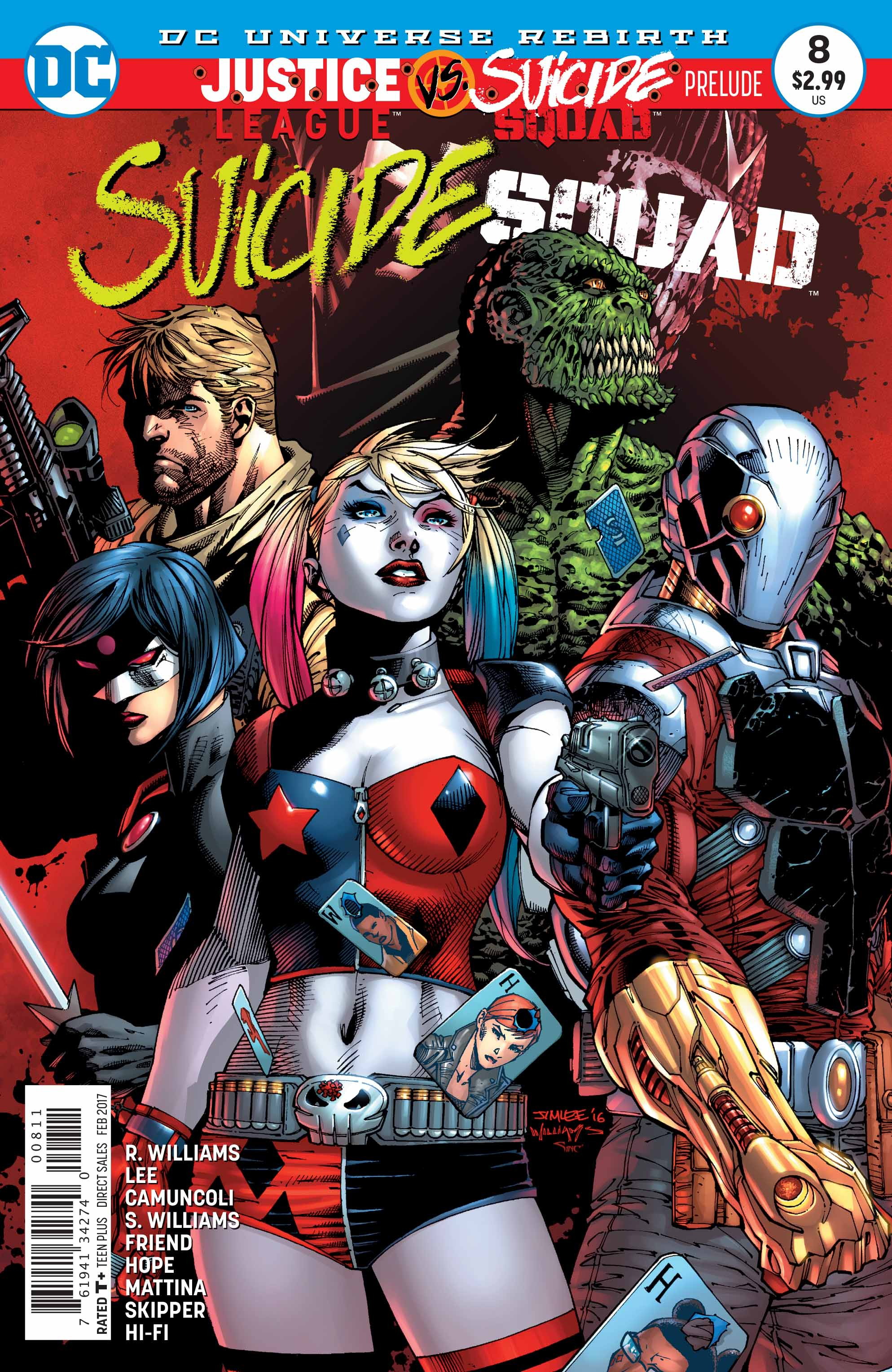 OCT160153
(W) Rob Williams (A) Richard Friend, Sandra Hope, Giuseppe Camuncoli, Francesco Mattina (A/CA) Jim Lee, Scott Williams
"THE BLACK VAULT" part eight! Harley Quinn goes sane! The prisoners and staff of Belle Reve Penitentiary have succumbed to the devastating effects of General Zod's Black Vault, rendering them all insane. But it has the opposite effect on Harley, who must fight her way through a crazed Suicide Squad-with the help of the Enchantress-to stop Zod from waking and conquering the world. No pressure, right? And in a bonus backup story written by Rob Williams with art by Giuseppe Camuncoli and Francesco Mattina, learn how super-villains are conscripted into the Suicide Squad! The unlucky Killer Frost is about to find out when she arrives for her first day at Belle Reve. Her story continues from this month's single issue of SUICIDE SQUAD directly into JUSTICE LEAGUE VS. SUICIDE SQUAD #1!
In Shops: Dec 14, 2016
SRP: $2.99
View All Items In This Series