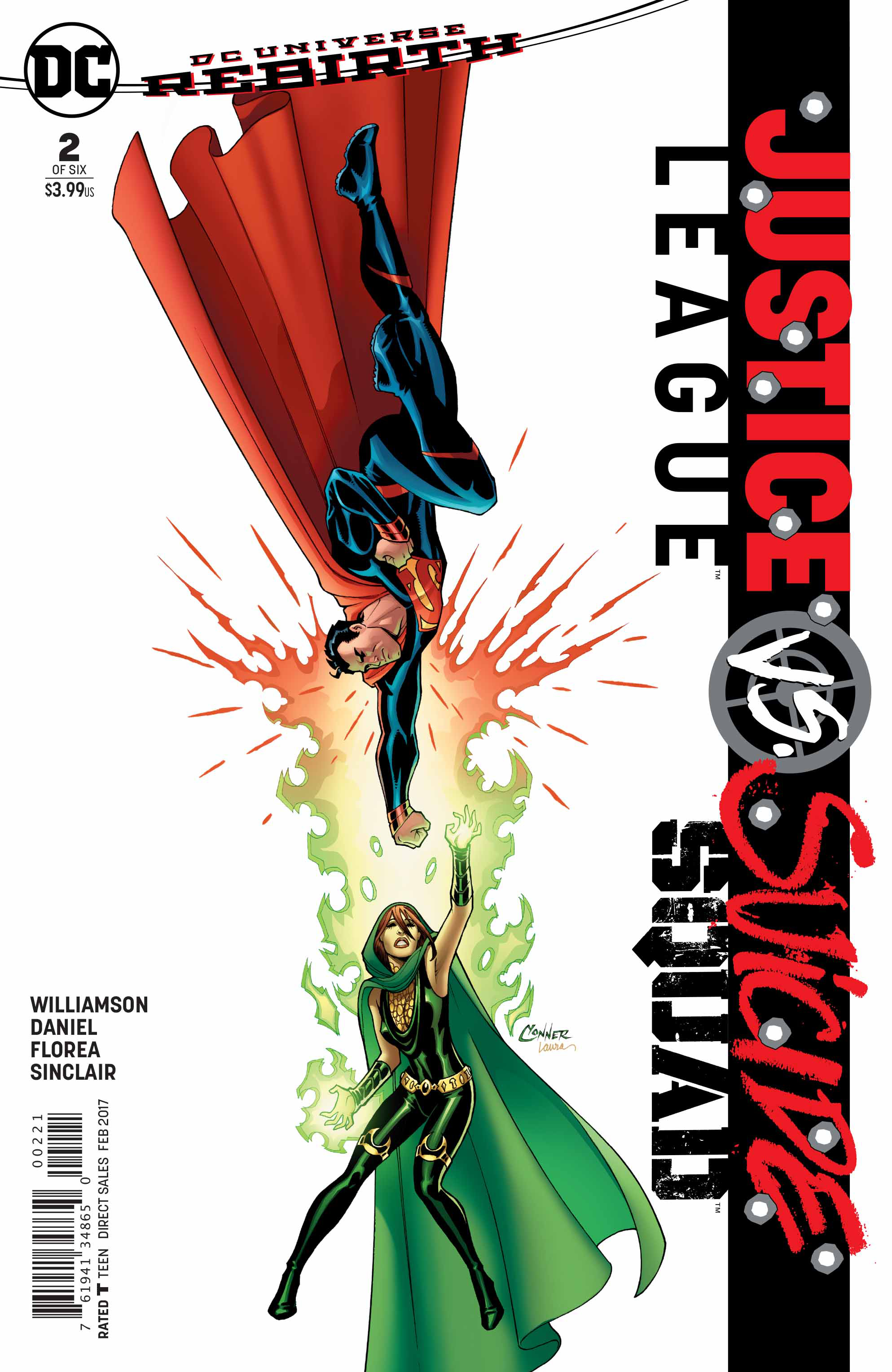 OCT160151
(W) Joshua Williamson (A) Tony S. Daniel, Mark Morales (CA) Amanda Conner
The first major event storyline of DC's Rebirth era begins with a day Amanda Waller always knew would come: the Justice League discovers the existence of the Suicide Squad! This government-sponsored black-ops team of super-villains with bombs implanted in their brains is obviously a deal-breaker for Earth's paragons of truth and justice! But you can bet the Wall and her Task Force X won't go down without the fight to end all fights as this weekly series gets under way!
In Shops: Dec 28, 2016
SRP: $3.99
View All Items In This Series
ORDER WISH LIST