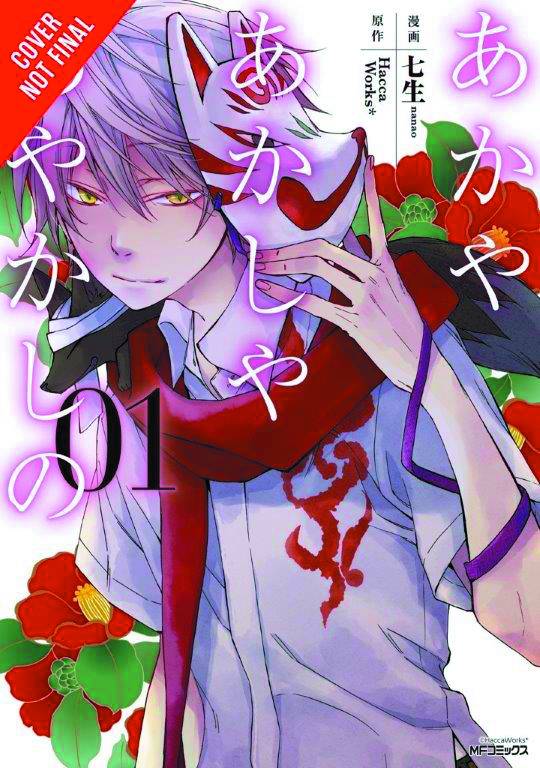 #
OCT151825
(W) HaccaWorks (A/CA) Nanao
The world of ayakashi - spirits and creatures from Japanese folklore - comes to life in this modern dark fantasy manga adaptation of the hitotome visual novel from HaccaWorks*! Sheltered Yue, born and raised in a Shinto shrine, is forbidden from leaving the shrine grounds he and a number of other curious residents call home. One day, Yue breaks the rules and wanders down the mountain and into a winter festival. As he takes in the sights and sounds of the human gathering, all the people making merry appear in a uniform guise to Yue's eyes - that of black bestial shadows - until he crosses paths with two human boys, Tsubaki and Akiyoshi. Yue is eager to make friends with them. However, upon his return home, the shrine goddess informs him that he may pursue these friendships - but only in preparation for the "meal" - for which he must select one of his two new friends as the main course!
In Shops: Dec 16, 2015
SRP: $13.00
View All Items In This Series
ORDER SUBSCRIBE WISH LIST