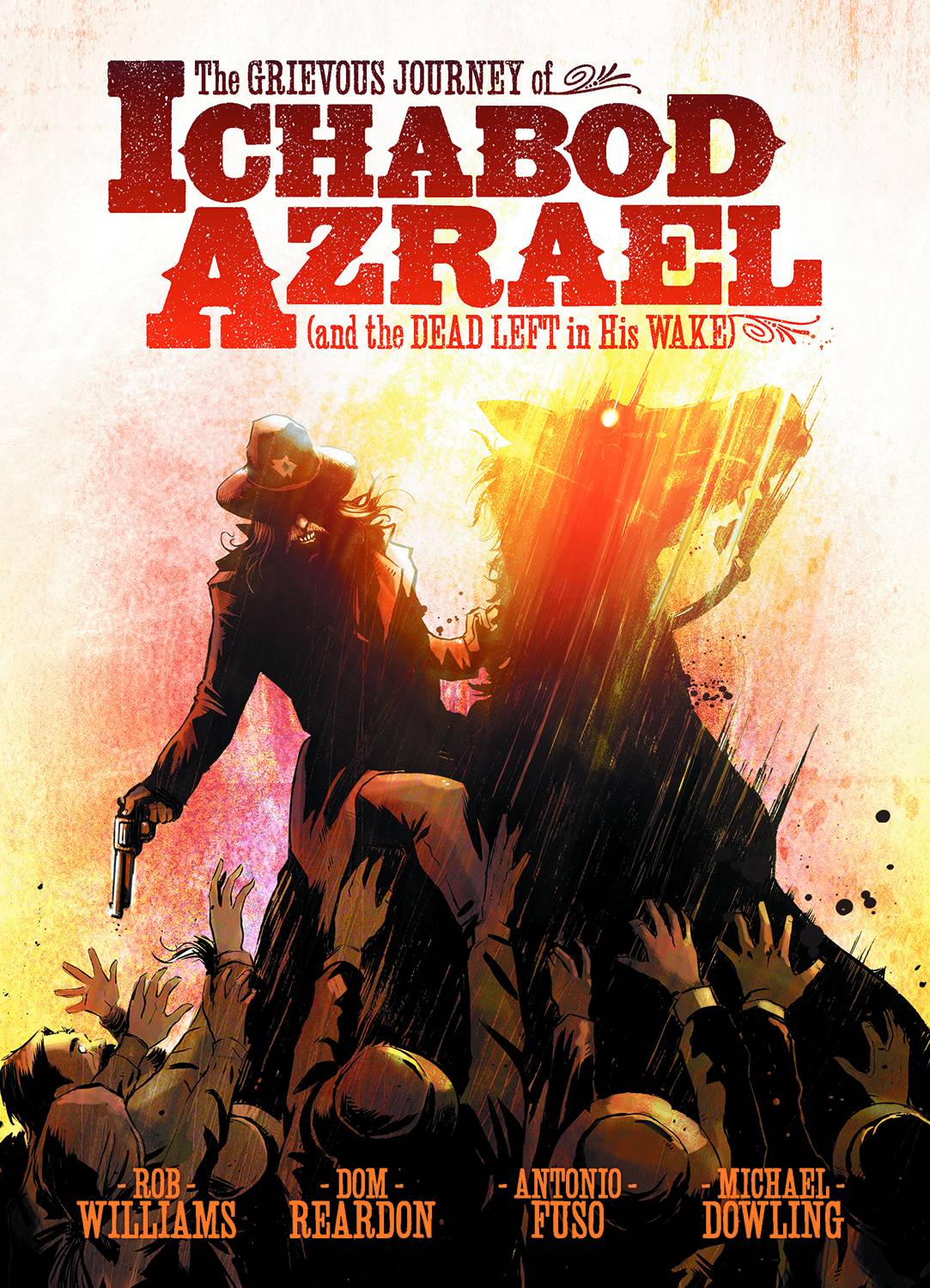 #
OCT151615
(W) Dom Reardon, Rob Williams, Antonio Fuso, Michael Dowling (A) Dom Reardon, Dom Reardon
His name was Ichabod and he was a killer. But his death was only the beginning of his story. Ichabod Azrael was the deadliest, meanest outlaw the Old West ever spat out - but his murder at the hands of hired guns takes him on a journey through the underworld as he desperately tries to return to the land of the living, and his true love Zoe, but he is haunted by the dead he left in his wake!
In Shops: Dec 02, 2015
SRP: $23.99
ORDER WISH LIST