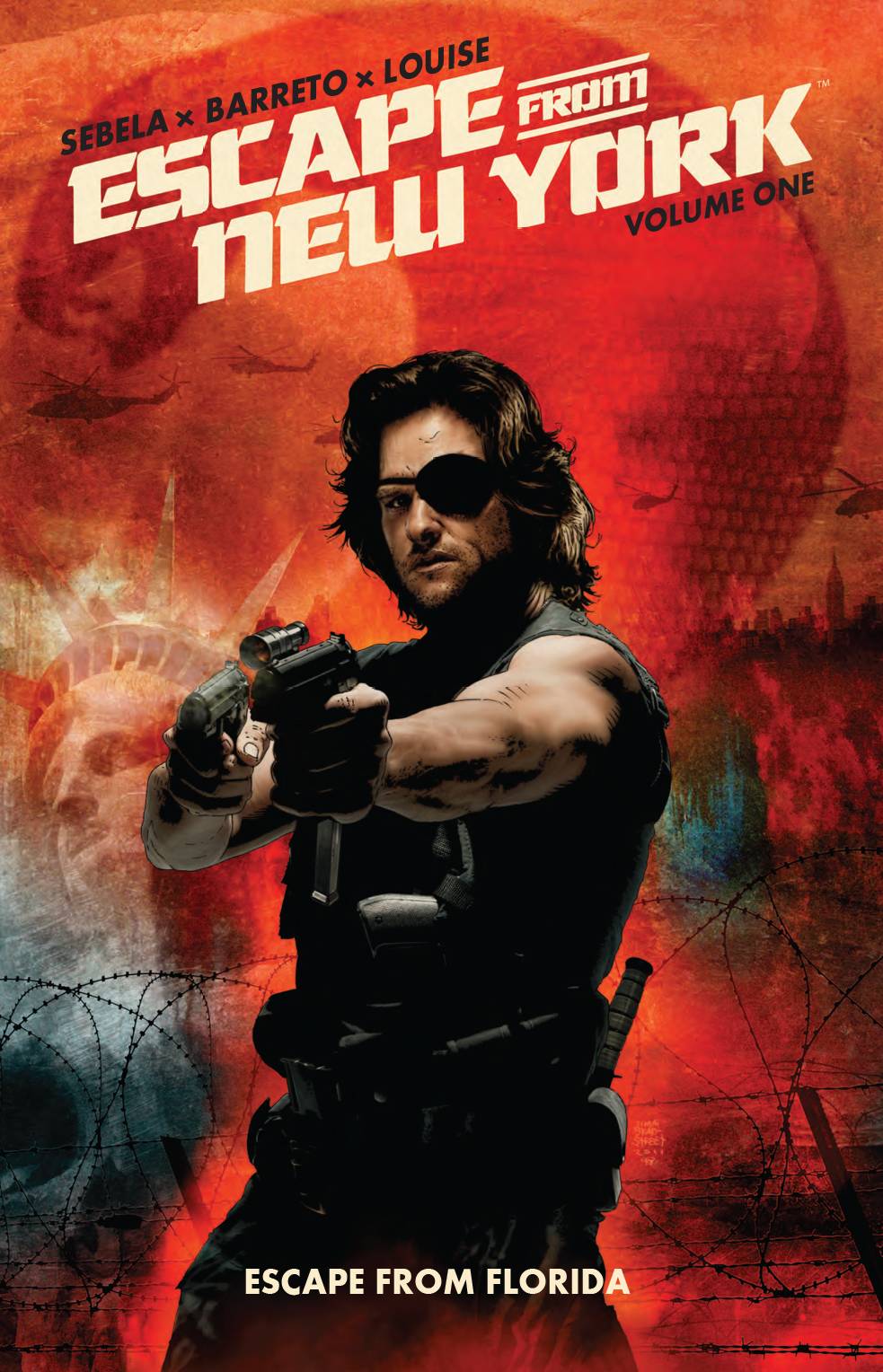 #
OCT151218
(W) Christopher Sebela (A) Diego Barreto (CA) Tim Bradstreet
What's to Love: "I thought you were dead." "Call me Plissken!" We could seriously quote John Carpenter's gritty cult classic all day. Expanding Carpenter's world of Big Trouble in Little China in comics has been a dream, and now we're diving into the war-torn "future" of Escape from New York with the most reluctant anti-hero in action flicks, Snake Plissken!

What It Is: Snake Plissken is back! Picking up right at the end of the cult classic film, Snake heads south to get away from it all, but trouble follows him to Florida where a militant family leads an attempted secession from the rest of the U.S.! Collects issues #1-4.
In Shops: Dec 09, 2015
SRP: $14.99
View All Items In This Series