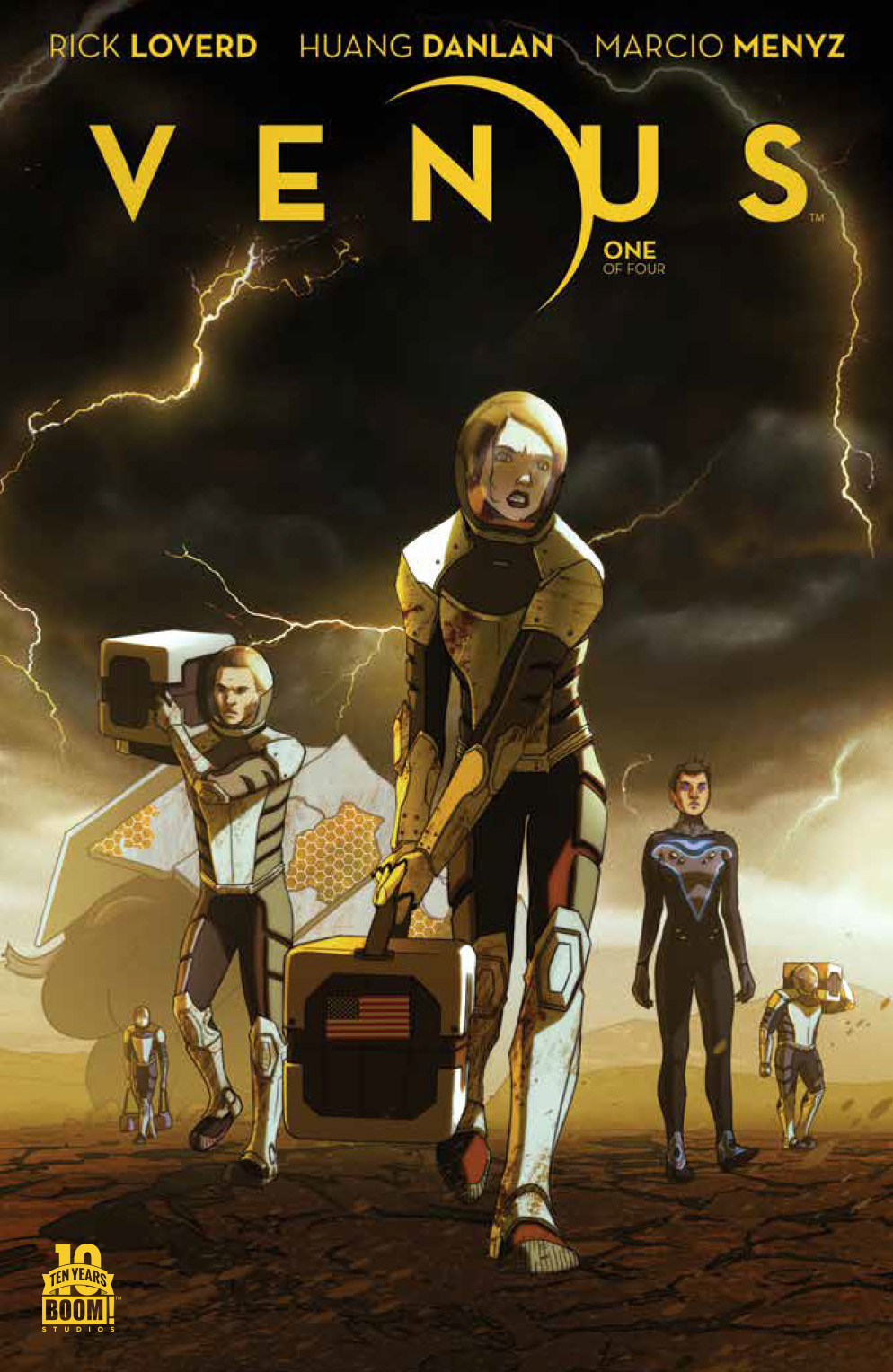 OCT151194
(W) Rick Loverd (A) Huang Danlan (CA) W. Scott Forbes
What's to Love: Surviving against all odds. Adventures on the frontier. Lying on the cusp of discovering something new. Rick Loverd (Berserker) and artist Huang Danlan brought us a story that evokes the history of great adventurers from the pilgrims to the Western pioneers, from deep-sea explorers to polar trailblazers, all of whom searched for a new beginning.

What It Is: In 2150, Earth's resources are depleted, and countries race to outer space to mine what they need from other planets. China has laid claim to Mars, so the U.S. and its allies have to make do with getting what it needs from the inhospitable world of Venus. But for a group of Americans making its way there, survival has become all too real. After their ship crash-lands on the planet, the scrappy crew is forced to do whatever it takes to navigate the harsh landscape in their journey to find the science base they were flying toward. In the vein of great adventure survival stories like Lost and The Martian, there's only one reality on Venus-adapt or die.
In Shops: Dec 23, 2015
SRP: $3.99
View All Items In This Series