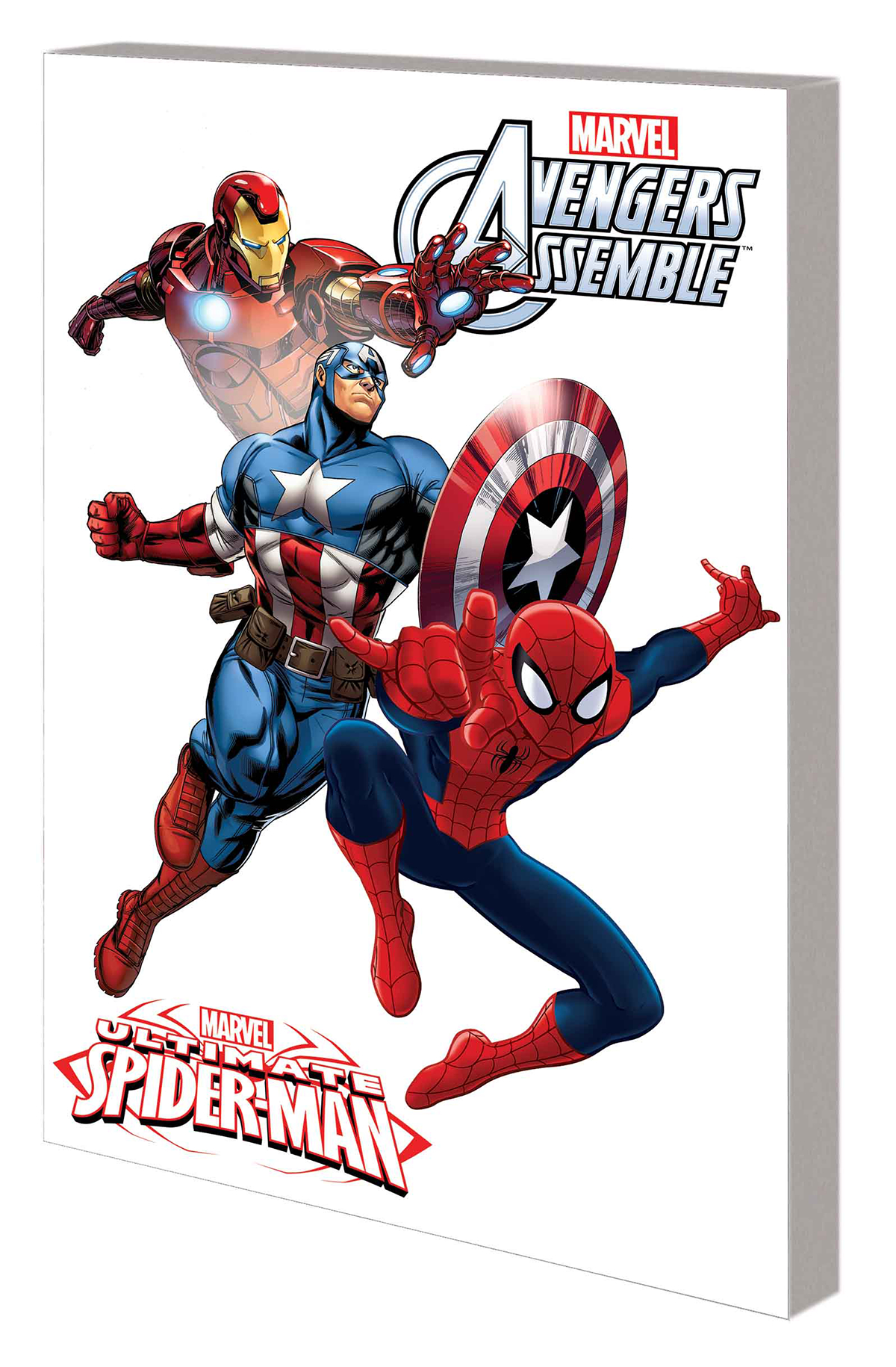 OCT150997
(W) Joe Caramagna (A) Various (CA) TBD
Featuring screen-capture images from MARVEL'S ULTIMATE SPIDER-MAN & MARVEL'S AVENGERS ASSEMBLE
Web-slinging, avenging adventures based on the smash hit DISNEY XD animated series!
•  Loki puts a hex on Spidey, turning him into a pig! Enter: Peter Porker! Can Thor help our Friendly Neighborhood Spider-Ham survive an Asgardian boar hunt?
•  Peter Parker's school is putting on a Spider-Man musical - starring Flash Thompson! Now the real Spidey must save the fake one from the villainous Trapster!
•  Doctor Octopus steals Iron Man's technology to get his revenge on Norman Osborn. When the Iron Octopus attacks, it's up to Spidey and his Iron Spider suit to save the day!
•  Iron Man and Captain America go undercover, disguised as the villains Crossbones and Grim Reaper. Can two heroes still do good when they're dressed as bad guys?
Collecting MARVEL UNIVERSE ULTIMATE SPIDER-MAN #29-31 and MARVEL UNIVERSE AVENGERS ASSEMBLE #13.
All Ages
In Shops: Jan 06, 2016
SRP: $9.99
ORDER WISH LIST