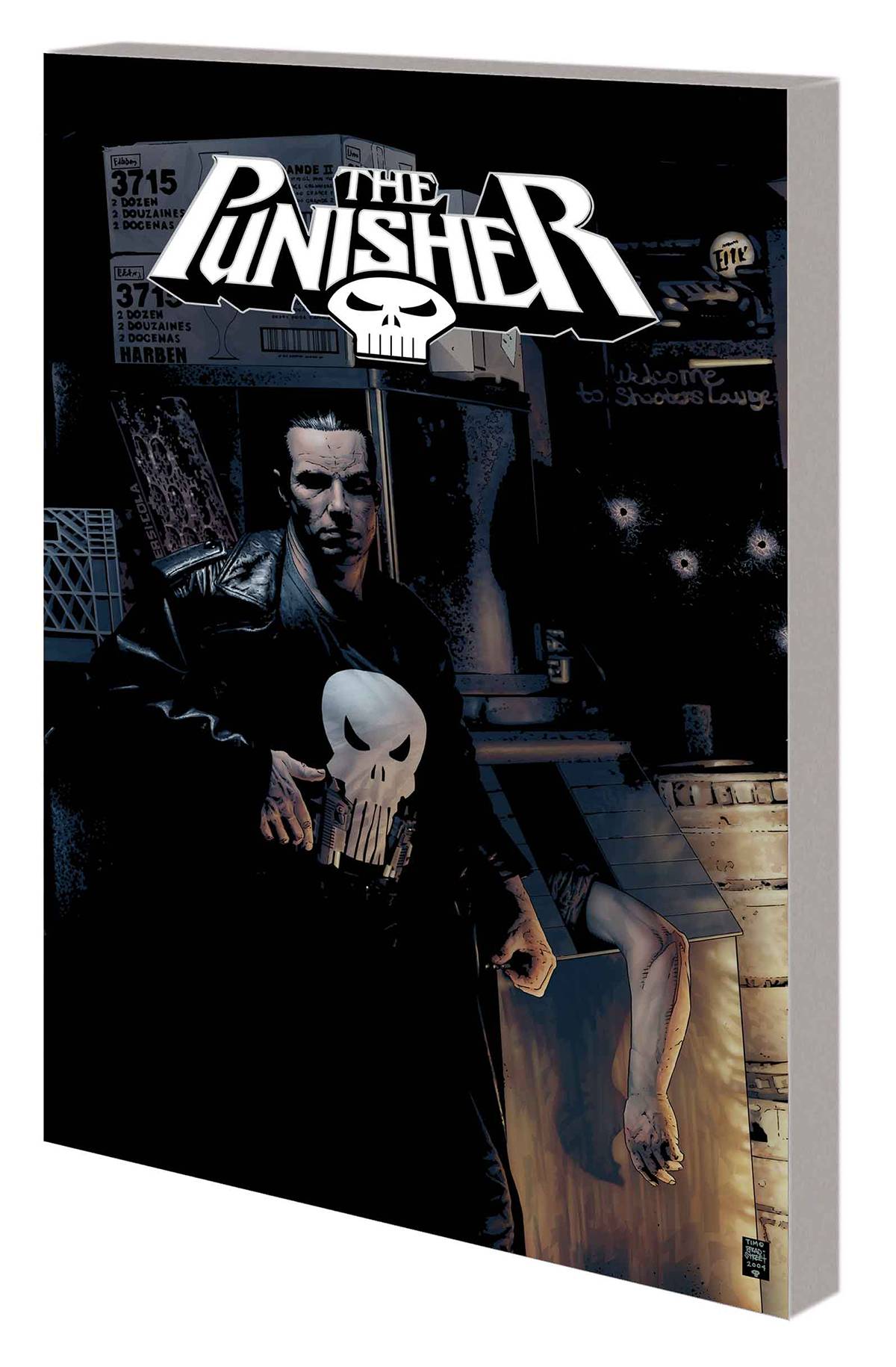 #
OCT150993
(W) Garth Ennis (A) Various (CA) Tim Bradstreet
Experience the gritty and uncompromising PUNISHER MAX from the very beginning! When a mob hit killed his beloved wife and children, Frank Castle became the Punisher - an unstoppable one-man army waging war on every piece of criminal scum plaguing New York's streets. But do the Punisher's origins trace back even further? In 1971 Vietnam, Captain Castle's platoon faces a Viet Cong attack - and to survive, he must make a grim choice. Then, Punisher's old partner, Microchip, long thought to be a casualty of Castle's war, resurfaces with a startling offer! Will the Punisher play patsy for the CIA? If not, will they let him walk away? And in a story ripped from the headlines, Castle must take on rival Irish gangs when a bomb goes off in Hell's Kitchen! Collecting BORN #1-4 and PUNISHER (2004) #1-12.
Explicit Content
In Shops: Jan 20, 2016
SRP: $34.99
View All Items In This Series