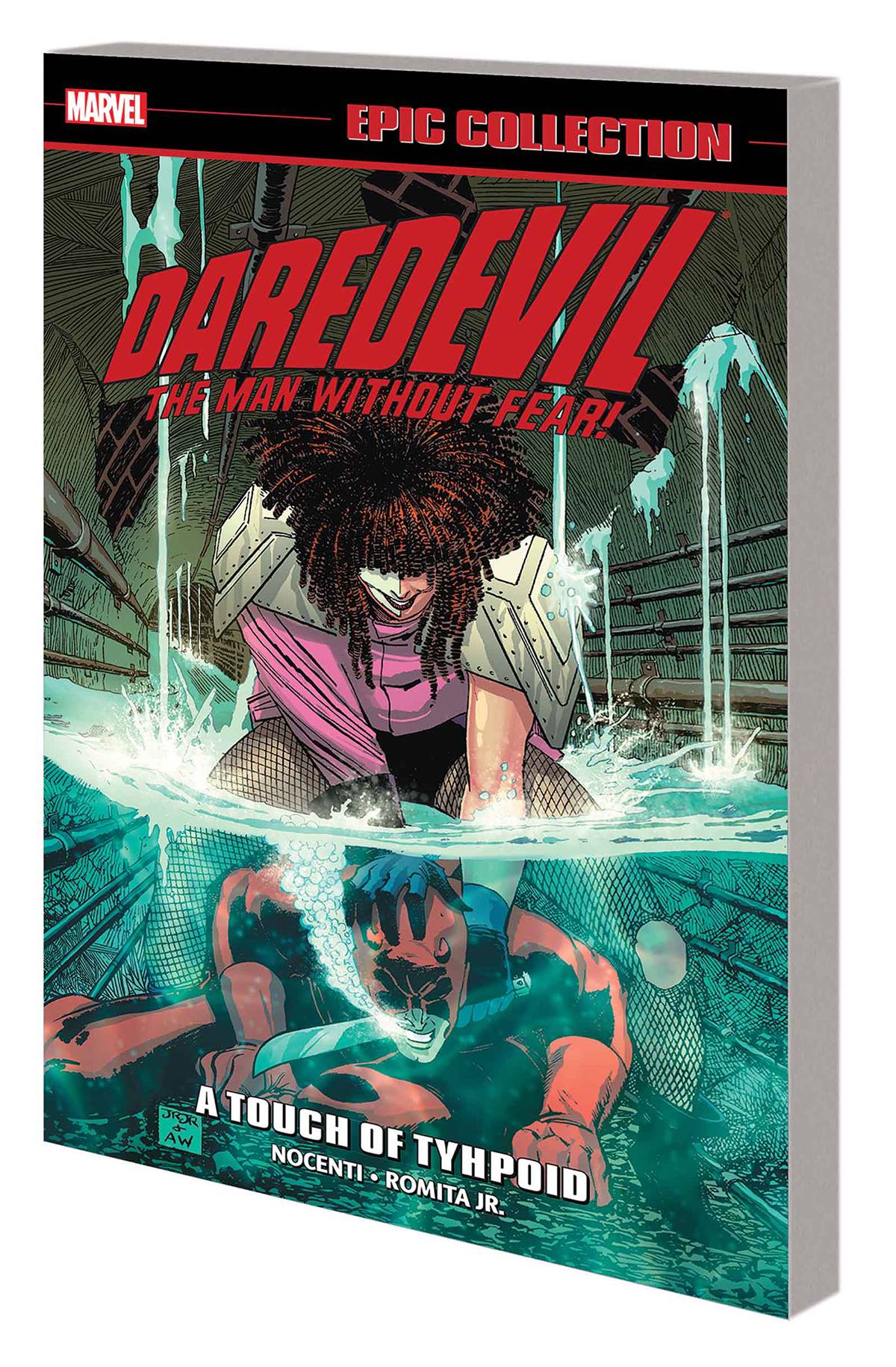 #
OCT150991
(W) Various (A) Various (CA) John Romita
How do you solve a problem like Mary? That's Typhoid Mary, the lethally seductive assassin unleashed by the Kingpin in his campaign to break Matt Murdock. She's a "love-maker and a man-hater" with multiple personalities - including one to target Matt, and another with her sights set on Daredevil! Under attack from both sides, the champion of Hell's Kitchen may be powerless to resist! Then, DD dances with demons when INFERNO rages in Manhattan, and his old life will be left in ashes. And everything goes to hell when the 'Devil locks horns with Mephisto! See both sides as Daredevil clashes with the Punisher, and meet the dark soul known as Blackheart! Will the Man Without Fear be left as a Man Without Hope? Collecting DAREDEVIL (1964) #253-270 and PUNISHER (1987) #10.
Rated T
In Shops: Jan 13, 2016
SRP: $39.99
ORDER WISH LIST