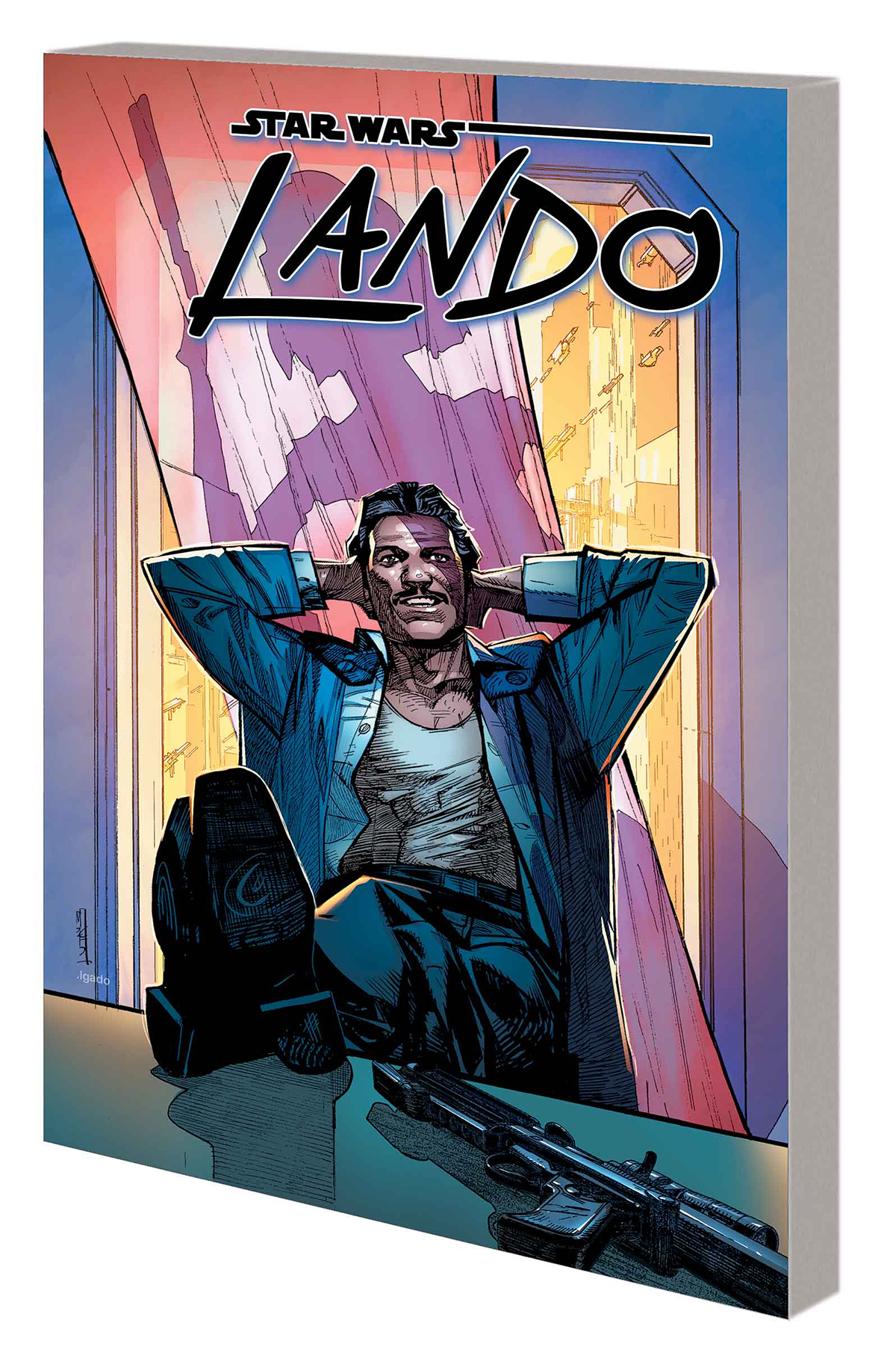 OCT150988
(W) Charles Soule (A/CA) Alex Maleev
You know him, you love him - now, join him for his biggest caper ever as master of charm Lando Calrissian steps into his very own high-stakes adventure! Before he joined the rebellion, before he ran Cloud City, Lando made his way in the galaxy getting by on some swindles, some swagger and a smile. With the loyal Lobot at his side, Lando has a plan to steal a very valuable ship. But has he bitten off more than he can chew? One of the galaxy's deadliest, most effective trackers is on his tail, and the heist of a lifetime has become a fight to survive! Lando and Lobot took this gig for the easy payday - but if they make it through alive, they'll never be the same. It's the tale of a scoundrel in his natural element: trouble! Collecting LANDO #1-5.
Rated T
In Shops: Jan 20, 2016
SRP: $16.99