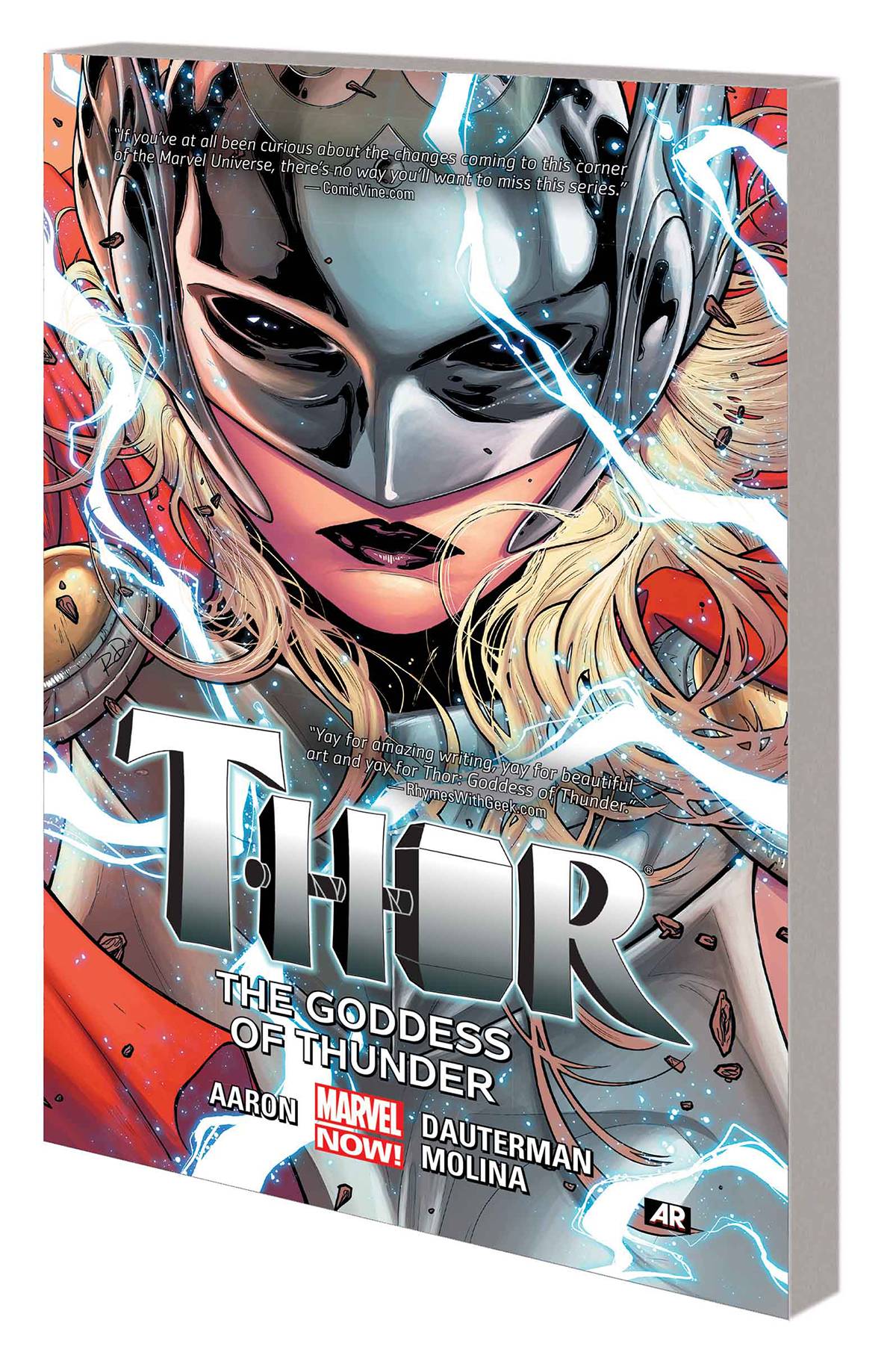 #
OCT150985
(W) Jason Aaron (A) Jorge Molina (A/CA) Russell Dauterman
Mjolnir lies on the moon, unable to be lifted! The secrets of Original Sin have left the God of Thunder unworthy for the first time! But when Frost Giants invade Earth, a new hand will grasp the hammer - and a mysterious woman will take up the mantle of the mighty Thor! Who is this new Goddess of Thunder? Not even Odin knows...but she may be Earth's only hope against the Frost Giants! Get ready for a Thor like you've never seen before, as this all-new heroine takes Midgard by storm! Plus: the Odinson doesn't like that someone else is holding his hammer...and now it's Thor vs. Thor! And Odin, desperate to see Mjolnir returned, will call on some very dangerous, very unexpected allies. It's a bold new chapter in the storied history of Thor! Collecting THOR (2014) #1-5.
Rated T+
In Shops: Jan 20, 2016
SRP: $19.99
View All Items In This Series
ORDER WISH LIST