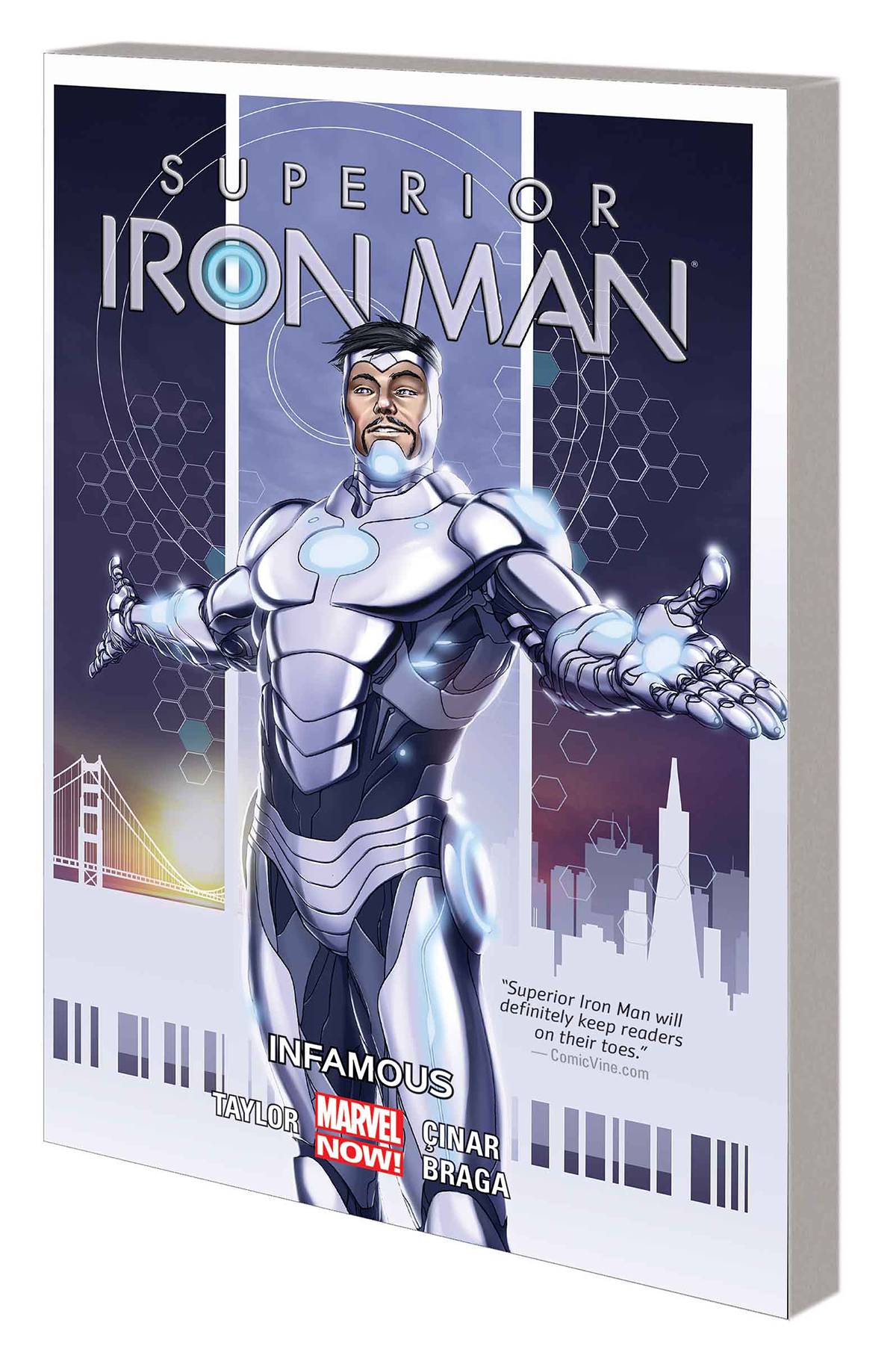 #
OCT150982
(W) Tom Taylor (A) Yildiray Cinar (CA) Mike Choi
What is the price of perfection? How much would you pay for beauty? Immortality? Tony Stark has what you want - but at a terrible cost! The Axis effect has left Tony a changed man: He's more stylish, more confident and more cunning than ever before. And he's ready to lead San Francisco into the future with the widespread release of a remade version of Extremis - the virus that once nearly destroyed him! Daredevil isn't down with Stark's new vision, but can the Man Without Fear lead the rebellion against the Superior Iron Man? How far will Tony go to keep the secret of his success private? As Tony's actions become more questionable and his negligence breeds monsters, who will conspire to take him down? A bold new direction for the Armored Avenger begins! Collecting SUPERIOR IRON MAN #1-5.
Rated T+
In Shops: Dec 30, 2015
SRP: $19.99
View All Items In This Series
ORDER WISH LIST