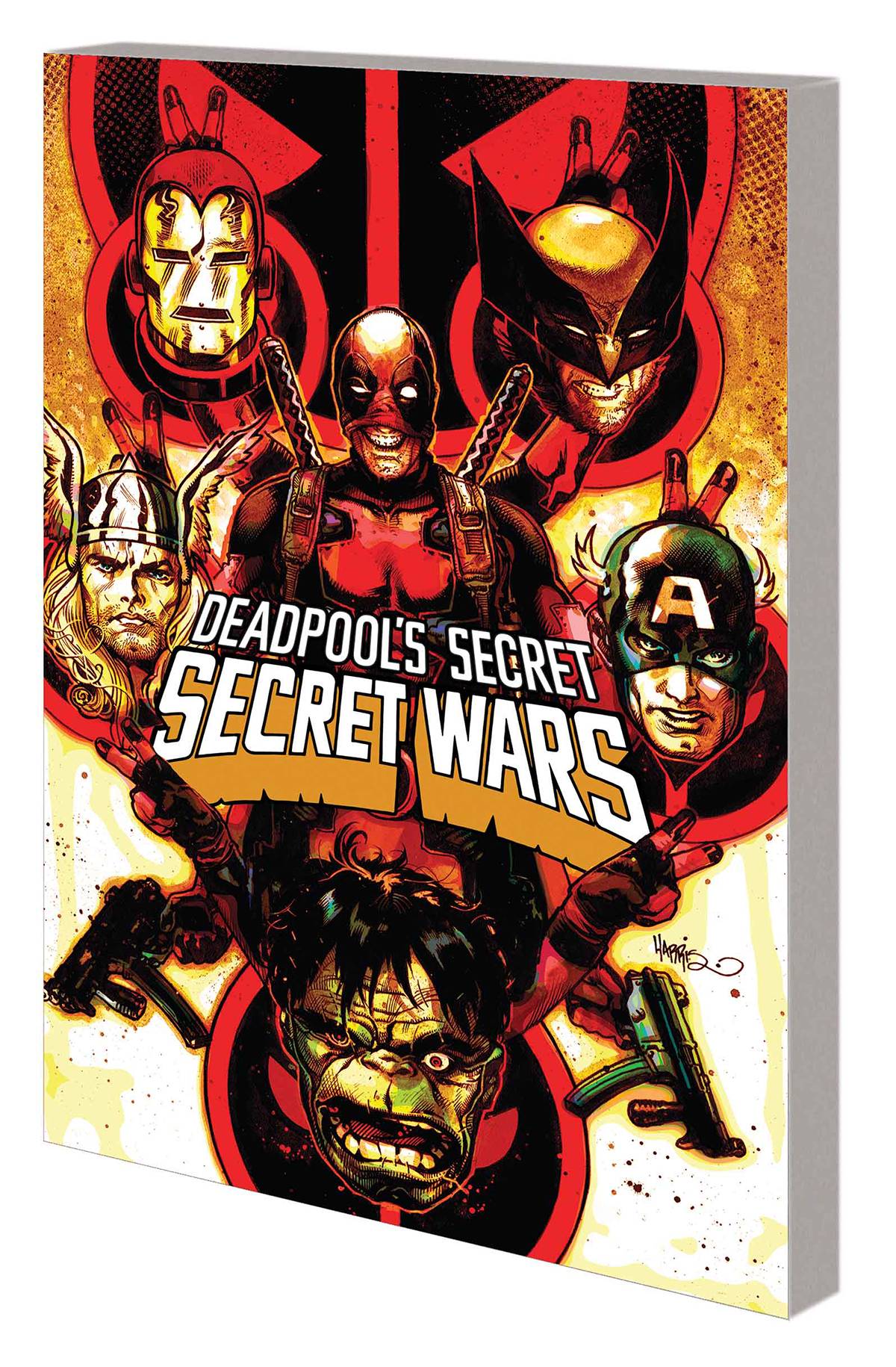 #
OCT150977
(W) Cullen Bunn, Jim Shooter (A) Matteo Lolli, Jacopo Camagni, Mike Zeck (CA) Tony Harris
Official SECRET WARS tie-in! Well, not that SECRET WARS - we're talking the original epic from 1984! But wait, Deadpool wasn't in that series, right? Wrong! Prepare to learn the terrifying truth as the team behind DEADPOOL KILLUSTRATED reveals the crucial role the Merc with a Mouth played on the Beyonder's Battleworld! A role so secret, the rest of Marvel's super heroes don't even remember it! Now, relive the Secret Wars - from Doctor Doom's rise to power to Hulk holding up a mountain - all with added Deadpool! Amid the chaos, there comes...and goes...a costume - but Wade's awesome secret shield is totally for keeps! Prepare to discover how the original SECRET WARS really ended - and how the sassin' assassin saved the universe! Collecting DEADPOOL'S SECRET SECRET WARS #1-4 and MARVEL SUPER HEROES SECRET WARS #1.
Parental Advisory
In Shops: Jan 06, 2016
SRP: $15.99
ORDER WISH LIST