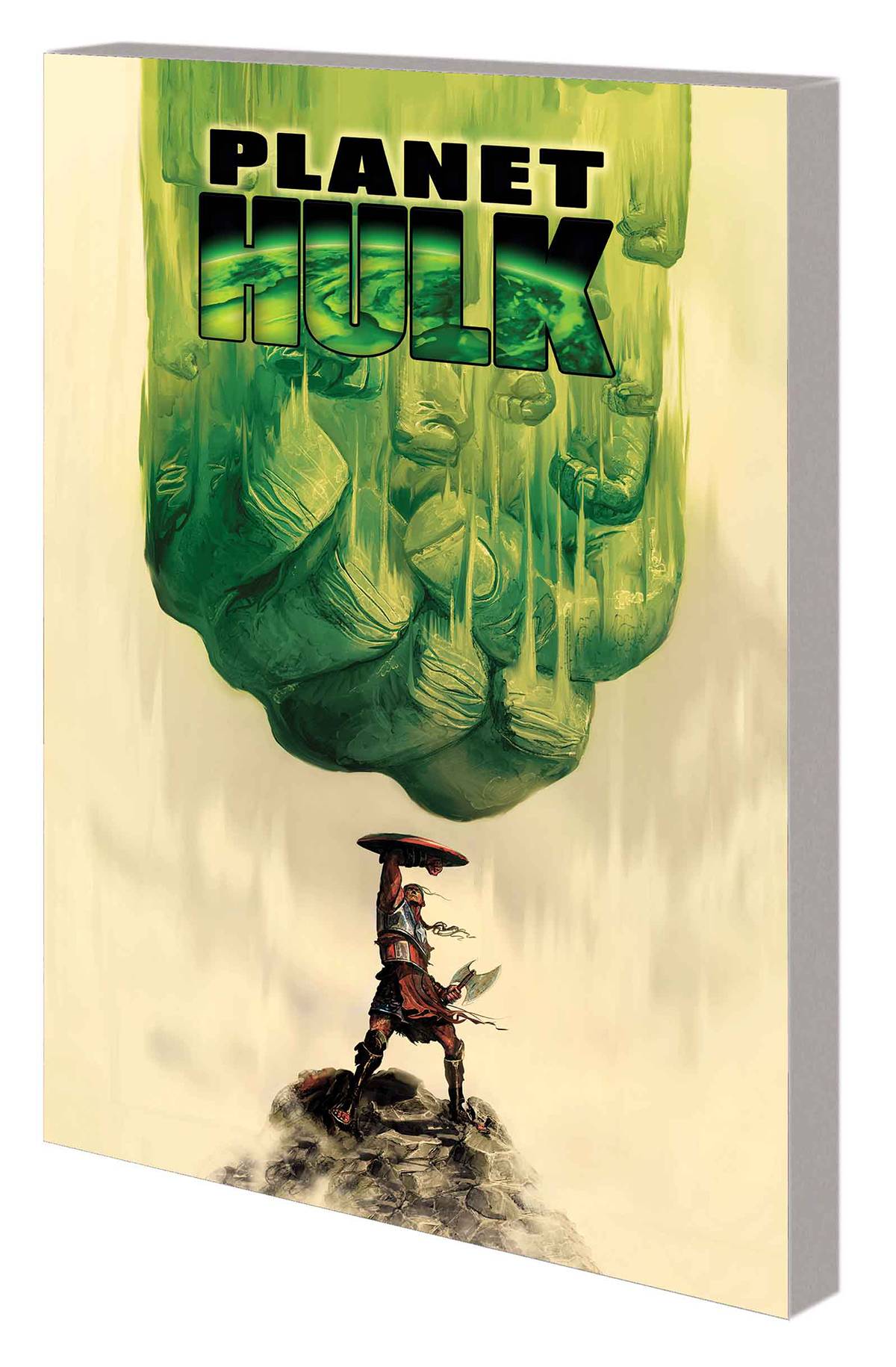 #
OCT150974
(W) Sam Humphries (A) Marc Laming (CA) Mike Del Mundo
It's Battleworld's most incredible warzone - a land of monstrous, roaming Hulks! Few ordinary humans could survive Greenland for long. But Steve Rogers is no mere mortal - he's an indomitable gladiator, especially when sitting astride his trusty steed, Devil Dinosaur! With the mysterious Doc Green his only ally, can this shield-wielding hero ride into the Mud Kingdom and rescue Bucky before the Red King sentences him to death? They'll face wild Hulks in the jungle, giant Hulks in lakes of fire, bull Hulks and plant Hulks and plenty more besides! It's a Gamma Mamma-Jamma that may break the spirit of even the world's greatest freedom fighter. But how did this Hulk-infested realm come to exist in the first place? Collecting PLANET HULK #1-5.
Rated T
In Shops: Dec 30, 2015
SRP: $17.99
ORDER WISH LIST