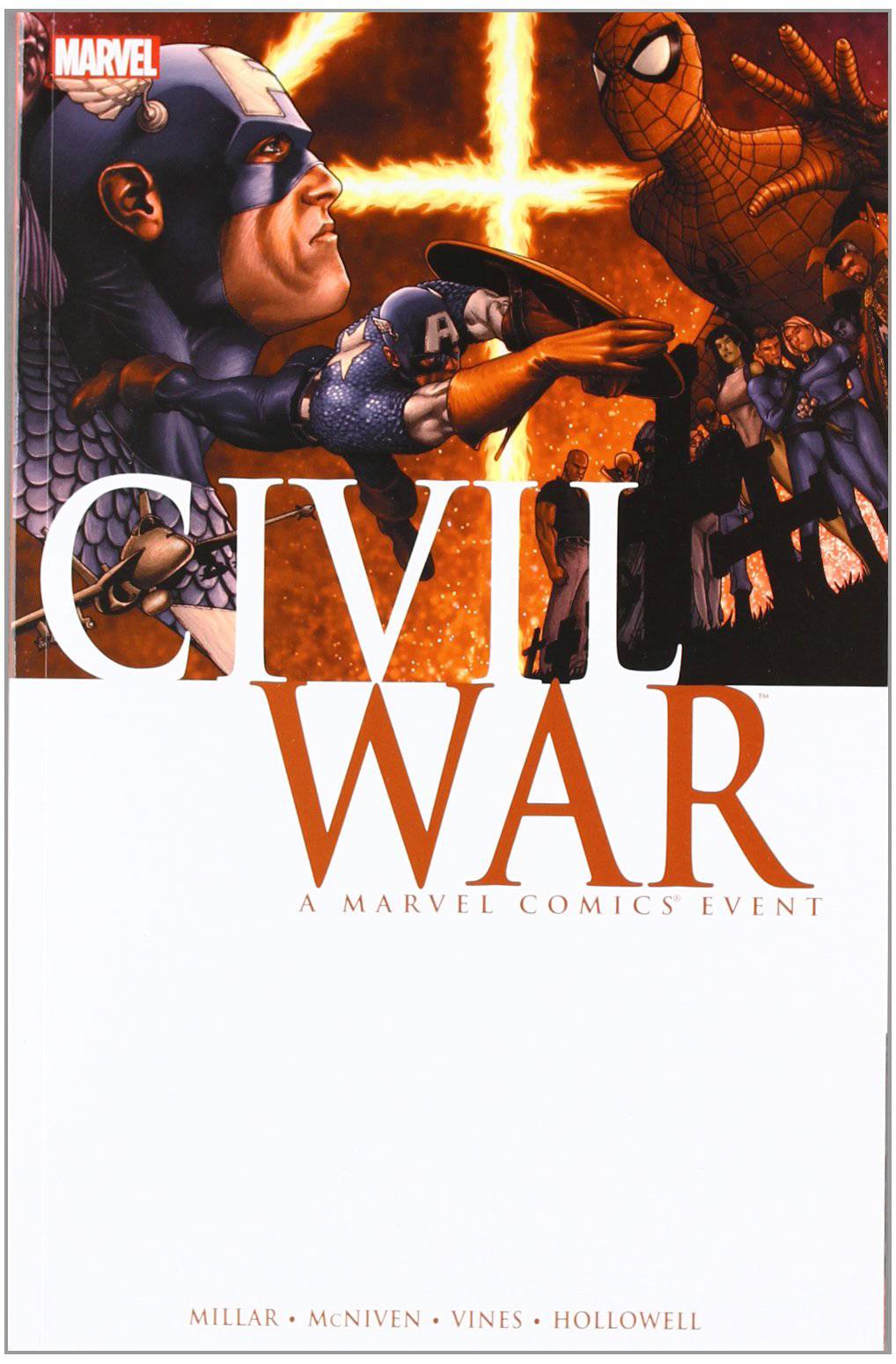 #
OCT150961
(W) Mark Millar (A/CA) Steve McNiven
The landscape of the Marvel Universe is changing, and it's time to choose: Whose side are you on? In the wake of a superhuman tragedy, Capitol Hill proposes the Superhuman Registration Act, requiring all costumed heroes to unmask themselves before the United States government. Divided, the nation's greatest champions must each decide how to react - a decision that will alter the course of their lives forever! Captain America rejects the Act and goes underground, Iron Man steps up to spearhead the registration effort - and Marvel's heroes split right down the middle! The shocking crossover that rewrites the rules, Civil War stars Spider-Man, the New Avengers, the Fantastic Four, the X-Men and the entirety of the Marvel pantheon! Collecting CIVIL WAR (2006) #1-7, MARVEL SPOTLIGHT: MARK MILLAR/STEVE MCNIVEN.
Rated T+
In Shops: Apr 06, 2016
SRP: $34.99
ORDER WISH LIST