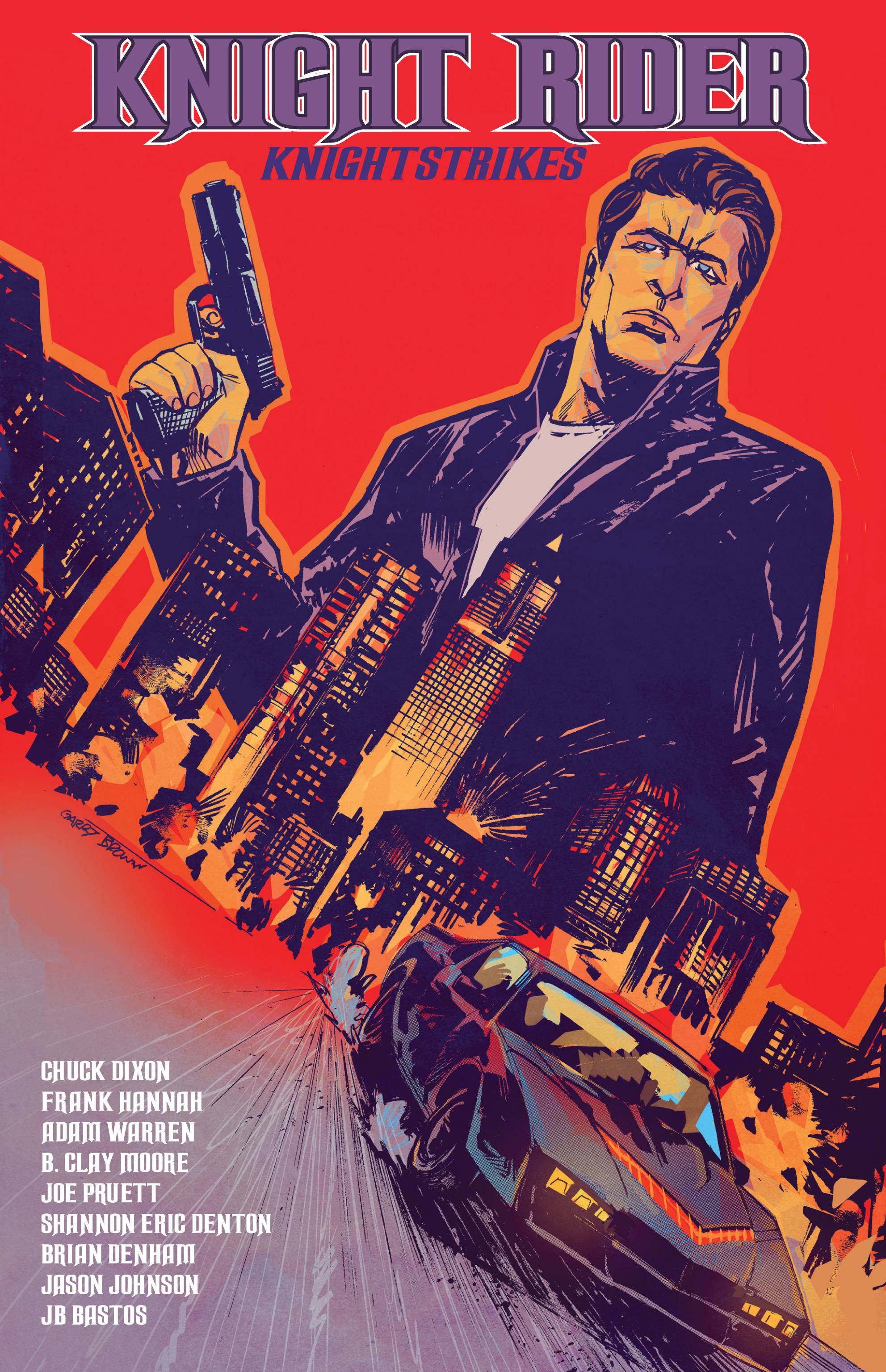 #
OCT150477
(W) Adam Warren, Chuck Dixon, Frank Hannah, Joe Pruett, B. Clay Moore, Shannon Eric Denton (A) Jason Johnson, J.B. Bastos, Brian Denham (CA) Garry Brown
The beloved primetime series returns to comics! When secret agent Michael Knight activated the confidential Project: Rider in the heat of battle, the world's coolest talking car was born. KITT has an arsenal of secret weapons and amazing upgrades under the hood, and he and Michael employ them all to save the country from terrorists, clandestine spy networks, and super criminals. From the minds of today's hottest action writers, KNIGHT STRIKES is the next chapter in the legendary KNIGHT RIDER mythos.
In Shops: Dec 16, 2015
SRP: $17.99
View All Items In This Series
ORDER WISH LIST