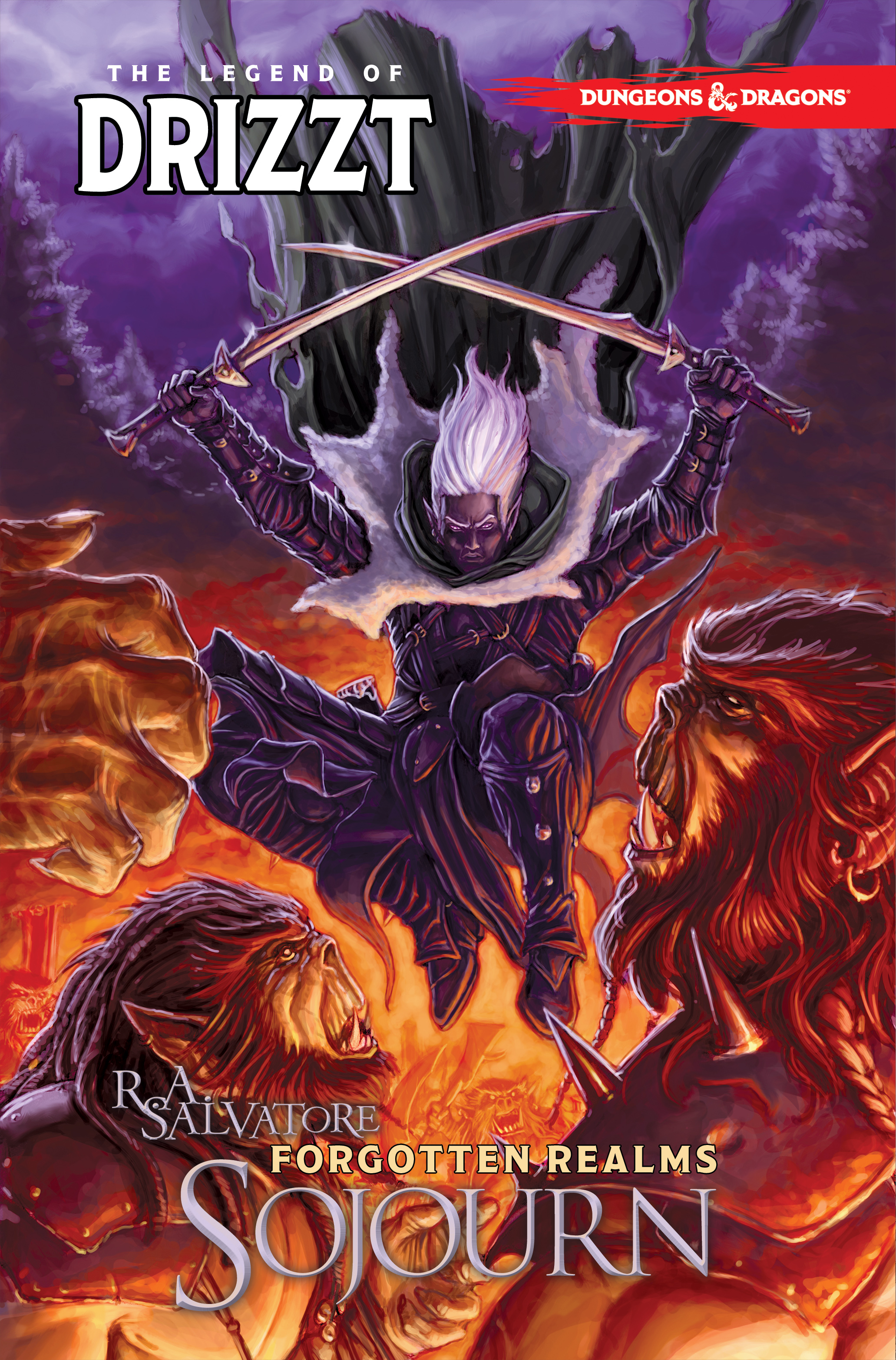 OCT150368
(W) R. A. Salvatore, Andrew Dabb (A) Tim Seeley, John Lowe, Robert Atkins, John Rauch, Mark Englert (CA) Tyler Walpole
Adapts the third volume of R.A. Salvatore's The Legend of Drizzt! Drizzt Do'urden has abandoned the cruel Underdark for the unknown of the surface world. But as the young warrior begins his sojourn, the family he left beneath, and new enemies alike, pursue him. His survival depends on gaining the trust of surface dwellers-and that challenge may be greater than any battle he could fight.
In Shops: Dec 16, 2015
SRP: $19.99
View All Items In This Series
ORDER WISH LIST