ROCKETEER AT WAR #1 (OF 4) SUBSCRIPTION VAR 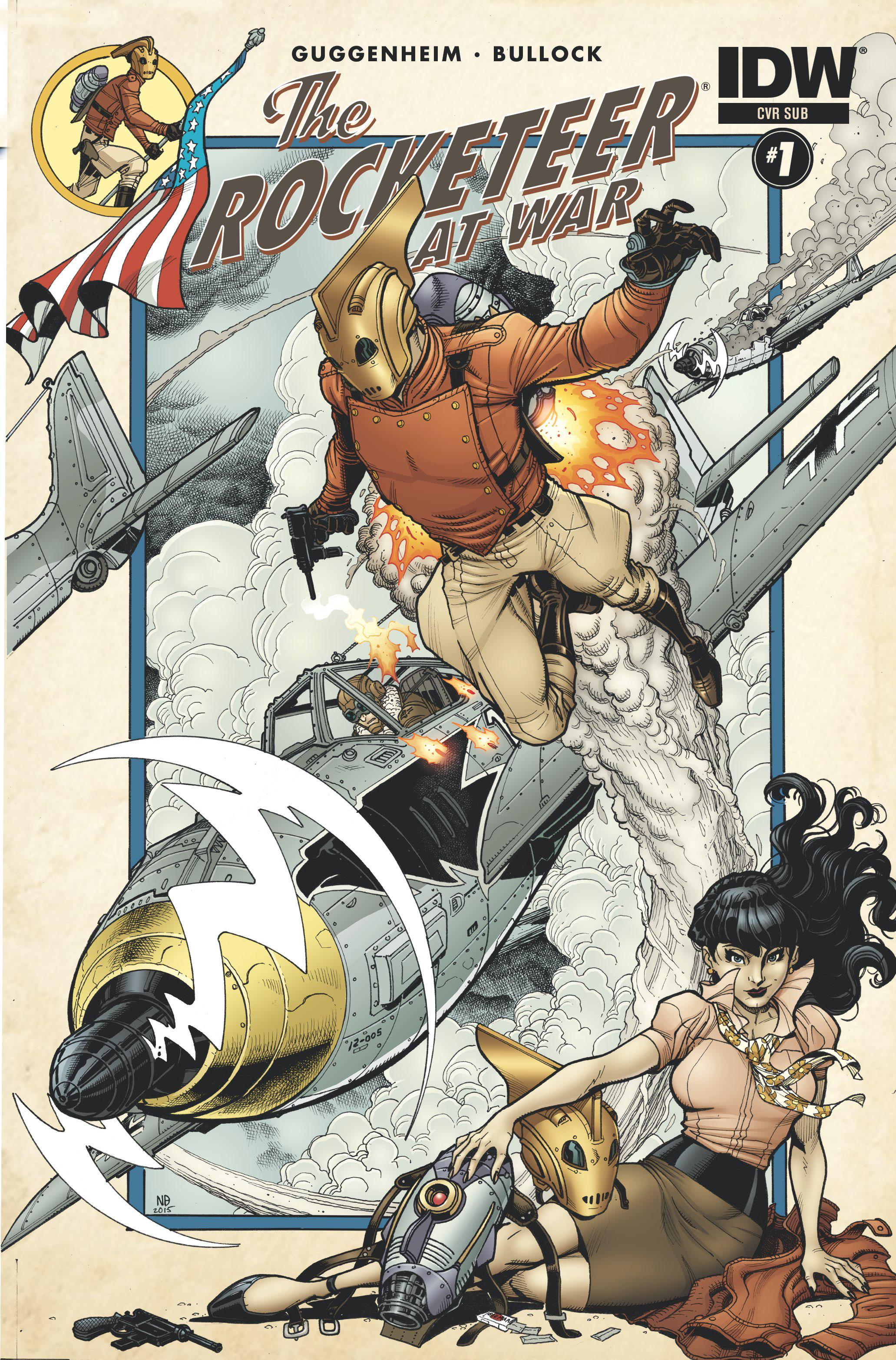 OCT150348
(W) Marc Guggenheim (A) Dave Bullock (CA) Nick Bradshaw
Europe, 1942-the world is at war! As the Allies battle against the Axis, able bodied men everywhere enlist in the war effort, including Cliff Secord. Secord, also known as The Rocketeer, has been thrust full throttle into the heat of battle, and-with or without his jet pack-he will depend on his wits and daring if he is to survive!
In Shops: Dec 23, 2015
SRP: $4.99
View All Items In This Series