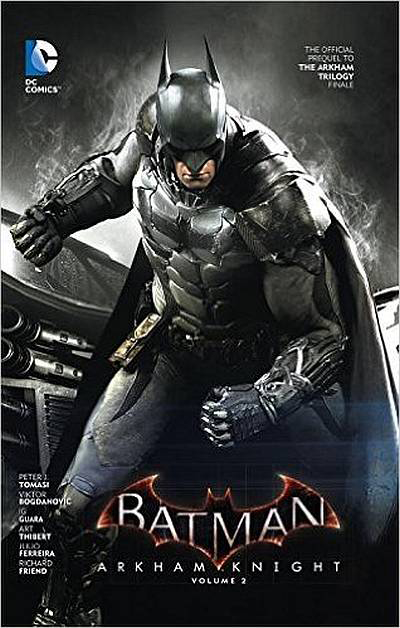 OCT150246
(W) Peter J. Tomasi, Tim Seeley (A) Viktor Bogdanovic, Ig Guara, Julio Ferreira, Matthew Clark, Art Thibert, Richard Friend, Wade Von Grawbadger
In these tales from BATMAN: ARKHAM KNIGHT #5-9, Bane is back-and he's leading a small army of followers to claim Gotham City as his own! It's up to Batman to stop him-but a surprising ally may turn the tide of battle against the Dark Knight! And while the Scarecrow gathers his forces, the Suicide Squad takes aim at Bruce Wayne!
In Shops: Feb 24, 2016
SRP: $22.99
View All Items In This Series
ORDER WISH LIST