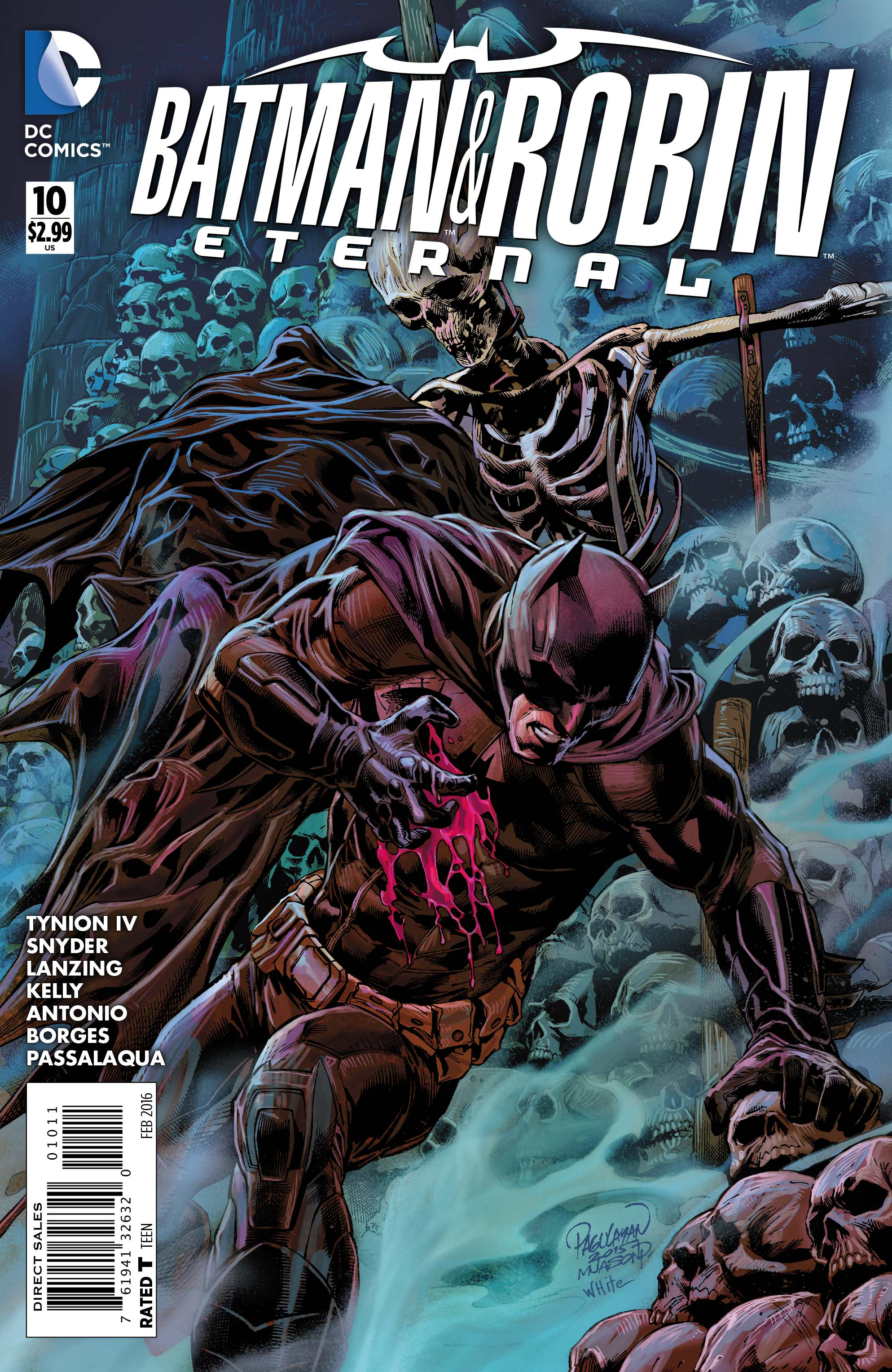 OCT150212
(W) Scott Snyder, James TynionIV, Jackson Lanzing, Collin Kelly (A) Roge Antonia, Geraldo Borges (CA) Carlo Pagulayan, Jason Paz
Red Robin and Red Hood have followed a trail of technology to the island nation of Santa Prisca and the mysterious monastery built on the site of what was once the worst prison in the world...but that prison was once the kingdom of Bane, and he wants his kingdom back! Meanwhile, Dick Grayson and Harper Row meet the mysterious Sculptor, a woman who reshapes minds! And with every clue they assemble, a terrible picture of Bruce Wayne's darkest hour is emerging...
In Shops: Dec 09, 2015
SRP: $2.99
View All Items In This Series