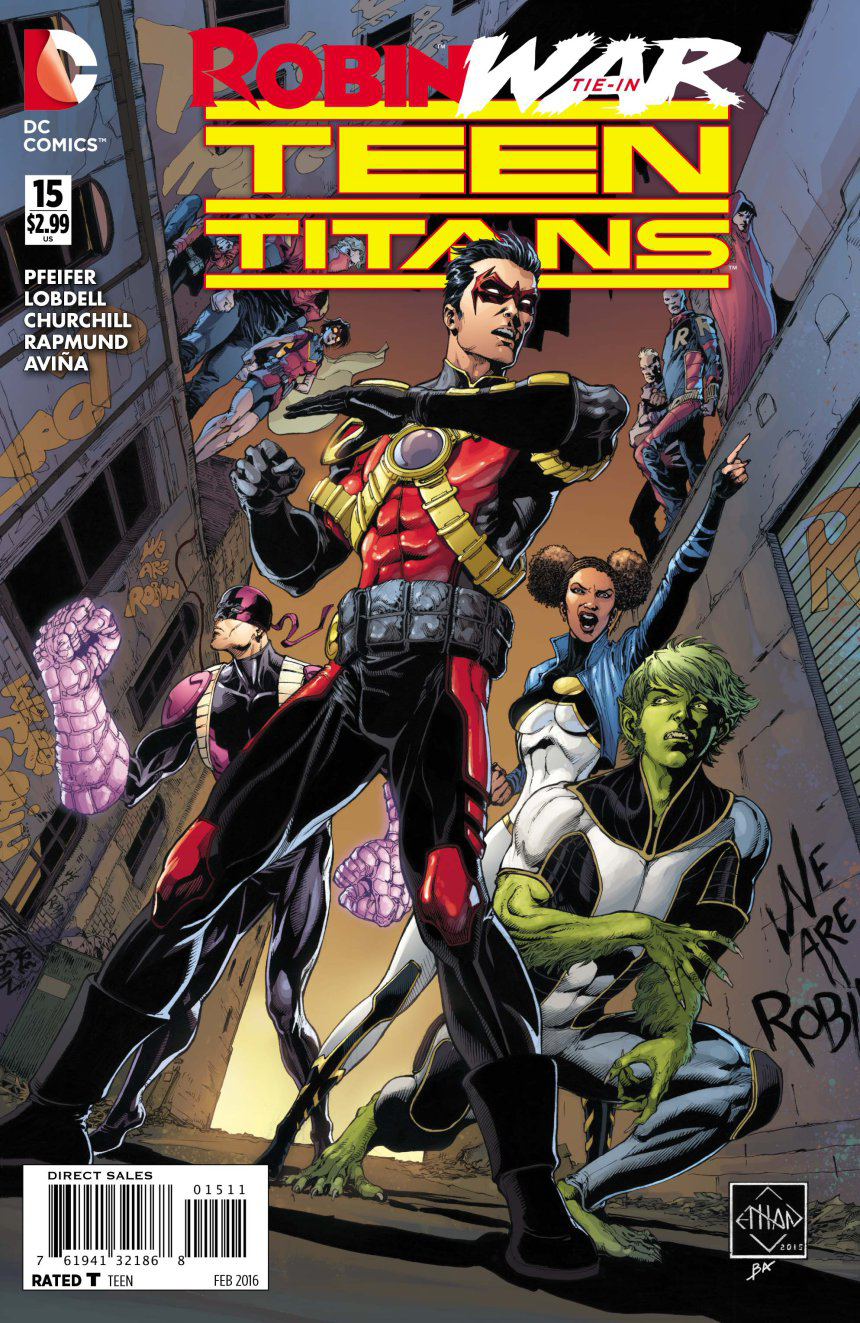 OCT150163
(W) Will Pfeifer, Scott Lobdell (A) Ian Churchill, Miguel Mendonca, Norm Rapmund, Dexter Vines (CA) Ethan Van Sciver
A "Robin War" tie-in! With Tim Drake missing, the Teen Titans track him back to Gotham City, where the Robin War rages-but Professor Pyg stands between the team and their leader.
In Shops: Dec 23, 2015
SRP: $2.99
View All Items In This Series