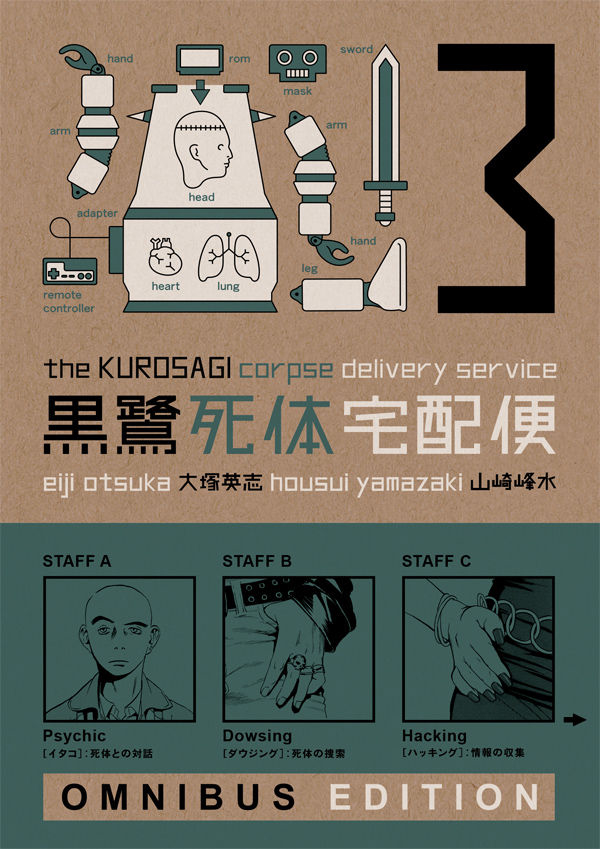 OCT150082
(W) Eiji Otsuka (A) Housui Yamazaki (CA) Bunpei Yorifuji
Some manga offer you stories about zombies . . . others, robots . . . others, otaku-but only The Kurosagi Corpse Delivery Service would offer you a story about a zombie-robot otaku! And that's just the first of ten cases the Kurosagi gang encounter in Book Three, as strange-but-true rituals and incidents from Japan's past reemerge as tales of bizarre modern horror! Marriages with the dead . . . human air-defense radar . . . the souls of babies in the bodies of yakuza! And even as a cabal of phantoms seeks to imprison Karatsu's familiar spirit Yaichi, the Delivery Service face perhaps their greatest challenge yet . . . convincing somebody else to join their club so they don't lose their meeting space on campus!
In Shops: Feb 17, 2016
SRP: $19.99
View All Items In This Series