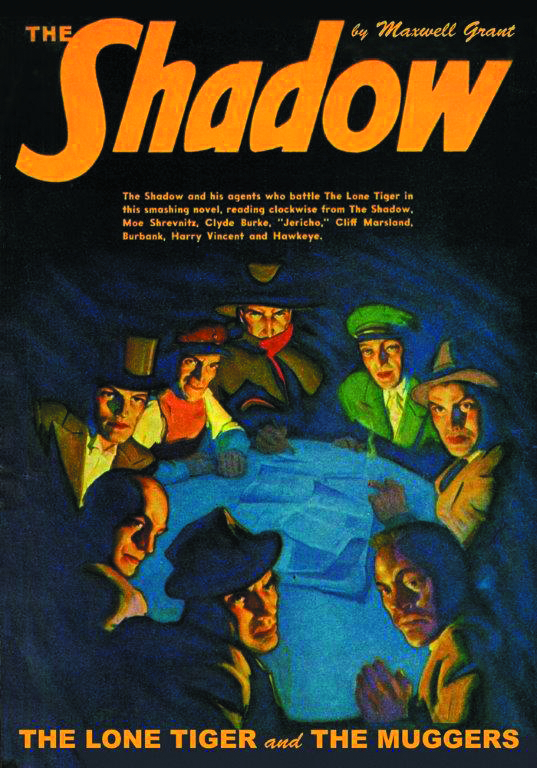 OCT141853
(W) Maxwell Grant, Walter B. Gibson, Will Murray (A) Edd Cartier, Paul Orban (CA) George Rozen
The hidden secrets of The Shadow's secret sanctums are finally revealed in two action-packed thrillers by Walter B. Gibson. After the law fails, it's up to The Shadow to track down the hidden mastermind behind the Tiger Mob, a man who may not even exist! Then, a ruthless band of night marauders stalks the blacked-out streets of Manhattan, but only The Shadow knows that a hidden plotter is behind the seemingly unrelated murders! This stunning collector's edition leads off with one of George Rozen's most famous covers and showcases the original interior illustrations by Edd Cartier and Paul Orban.
In Shops: Dec 24, 2014
SRP: $14.95
View All Items In This Series
ORDER SUBSCRIBE WISH LIST