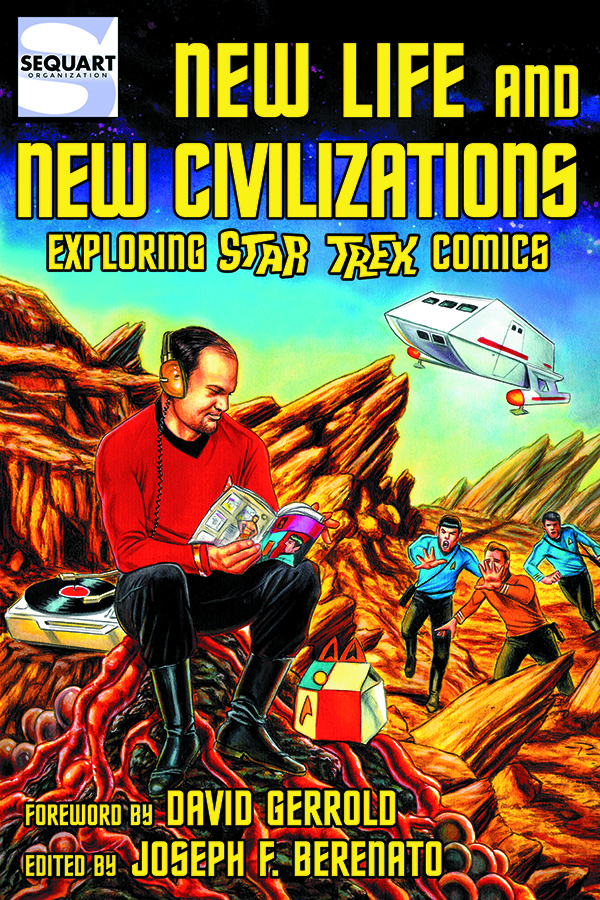 OCT141840
(W) Joseph F Berenato (CA) Patricio Carbajal
Star Trek, with its progressive stance on civil rights, explored not only strange new worlds in the final frontier of space, but also the human condition, revealing the heights to which humans could soar, while exposing the ugliness of racism, sexism, and war. Once deemed a network failure, Trek survived to become one of the most influential franchises of all time. Licensed Star Trek fiction has played no small part in that success. Trek comics have enjoyed almost continuous publication since 1967, spanning more than a thousand issues and storylines to date. New Life and New Civilizations: Exploring Star Trek Comics examines the long history of Star Trek in the four-color realm, featuring insightful essays from popular Trek comic scribes and novelists, as well as other subject-matter experts.