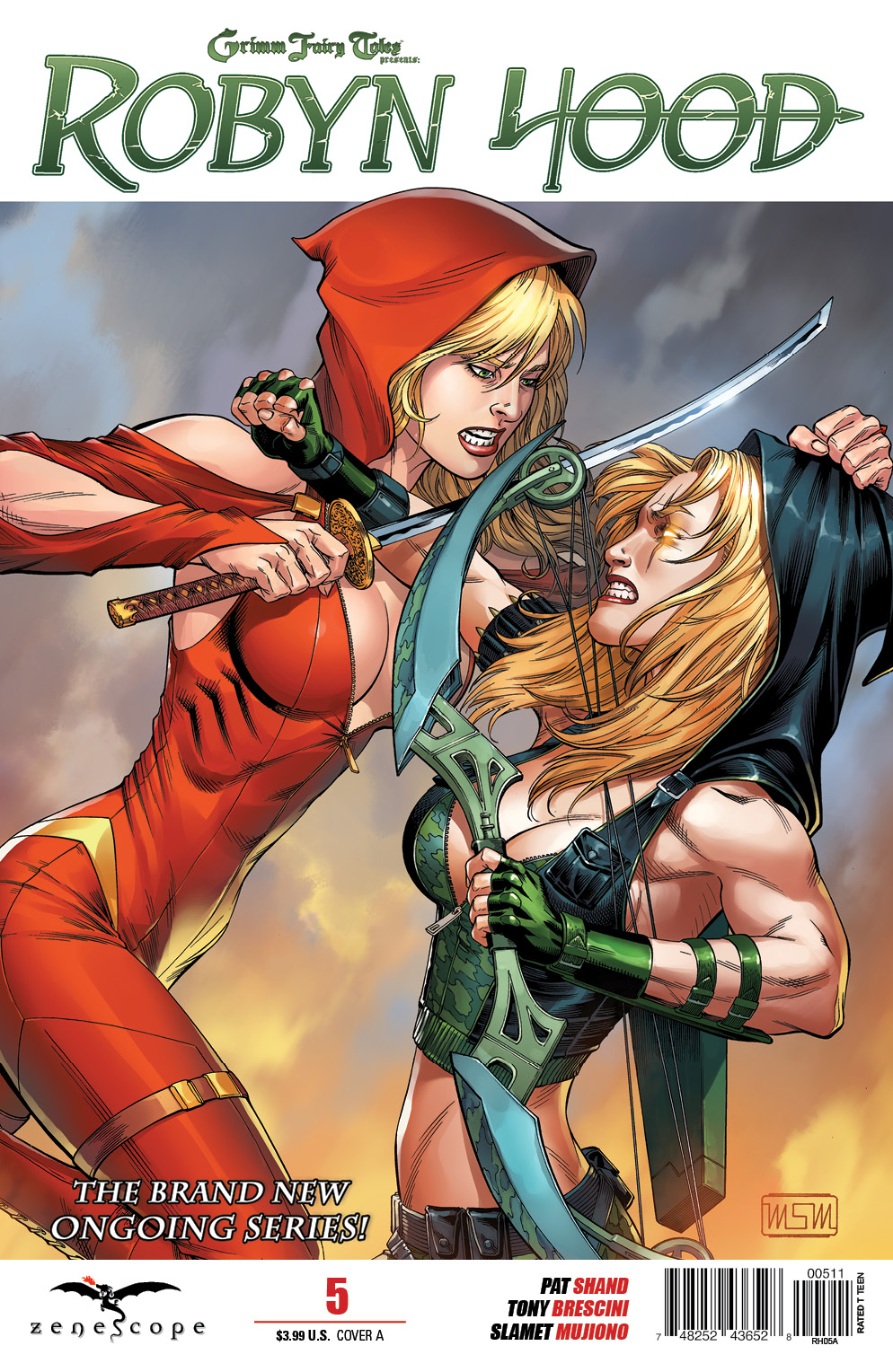 OCT141808
(W) Pat Shand (A) Tony Brescini (CA) Mike S. Miller
ROBYN HOOD VS. RED RIDING HOOD: GRUDGE MATCH!
As the monsters that dwell in the underbelly of New York City take advantage of a blackout, Robyn and Red are forced to fight to the death. The city that never sleeps will burn through the night in the conclusion to the second arc of Robyn Hood's epic re-launch!
In Shops: Dec 24, 2014
SRP: $3.99
View All Items In This Series